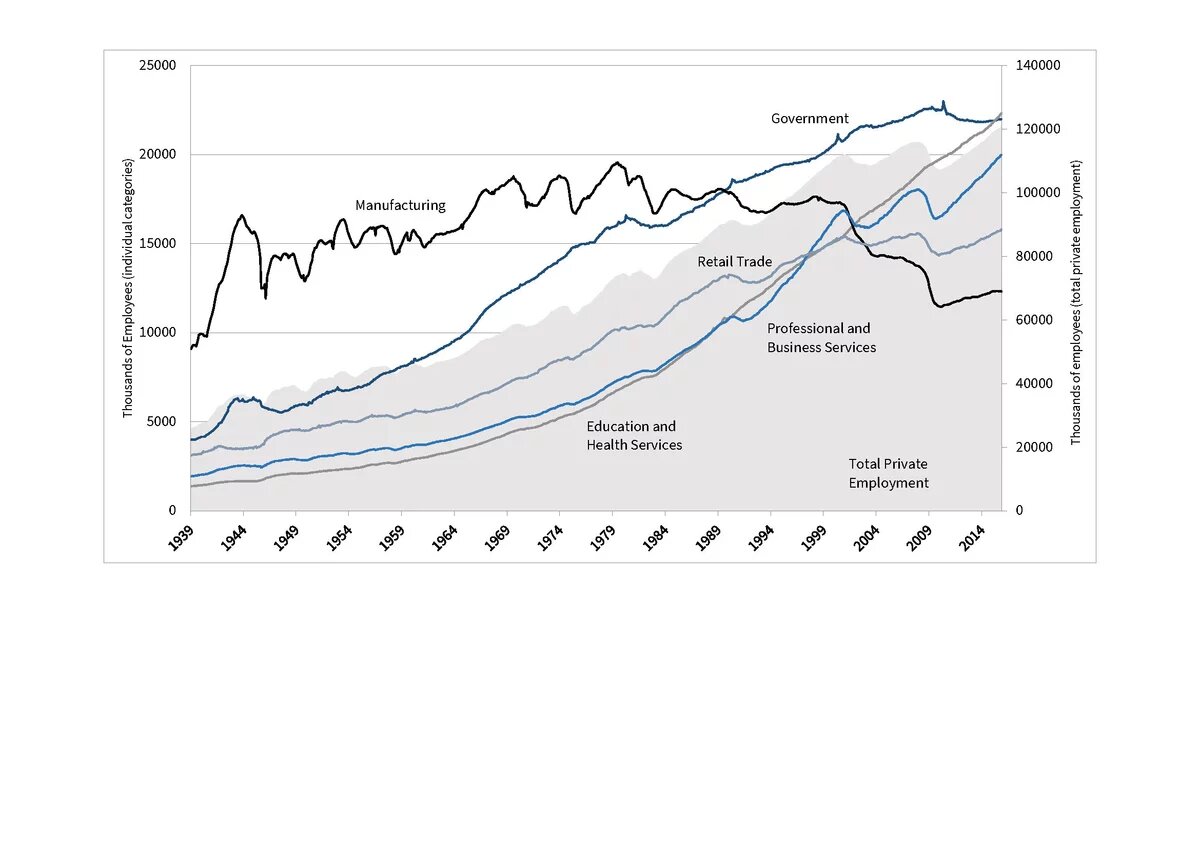 Deindustrialization as fact and fiction

The declining importance of manufacturing in rich societies is associated with deep concerns, but also with the hope of opening up new opportunities for economic development. As a result, predictions of a structural change from an industrial to a service society have repeatedly been the subject of political conflicts. To understand how social power structures and conflicts influence such future scenarios, it is important to look at the history of how and by whom post-industrial society has been framed in public debates.

It is an old-standing diagnosis: ever since the late 1970s, the industrial production of goods in affluent countries has been regarded as a discontinued model. According to strong versions of the narrative, in prosperous industrialized countries anything that is not outsourced to countries with cheaper labor costs will be automated piecemeal until, slowly but surely, a post-industrial society emerges. In the early 21st century, many social scientists associate deindustrialization, i.e., the declining social and economic relevance of manufacturing industry, with numerous social problems such as growing right-wing populism in the UK and the U.S., widening interregional disparities, increasing income inequalities, declining productivity development, and political blockades in relation to climate policy. In one way or another, deindustrialization and its damaging effects represents a crucial cause of most challenges currently being discussed as imminent threats to the stability of democratic-capitalist societies.