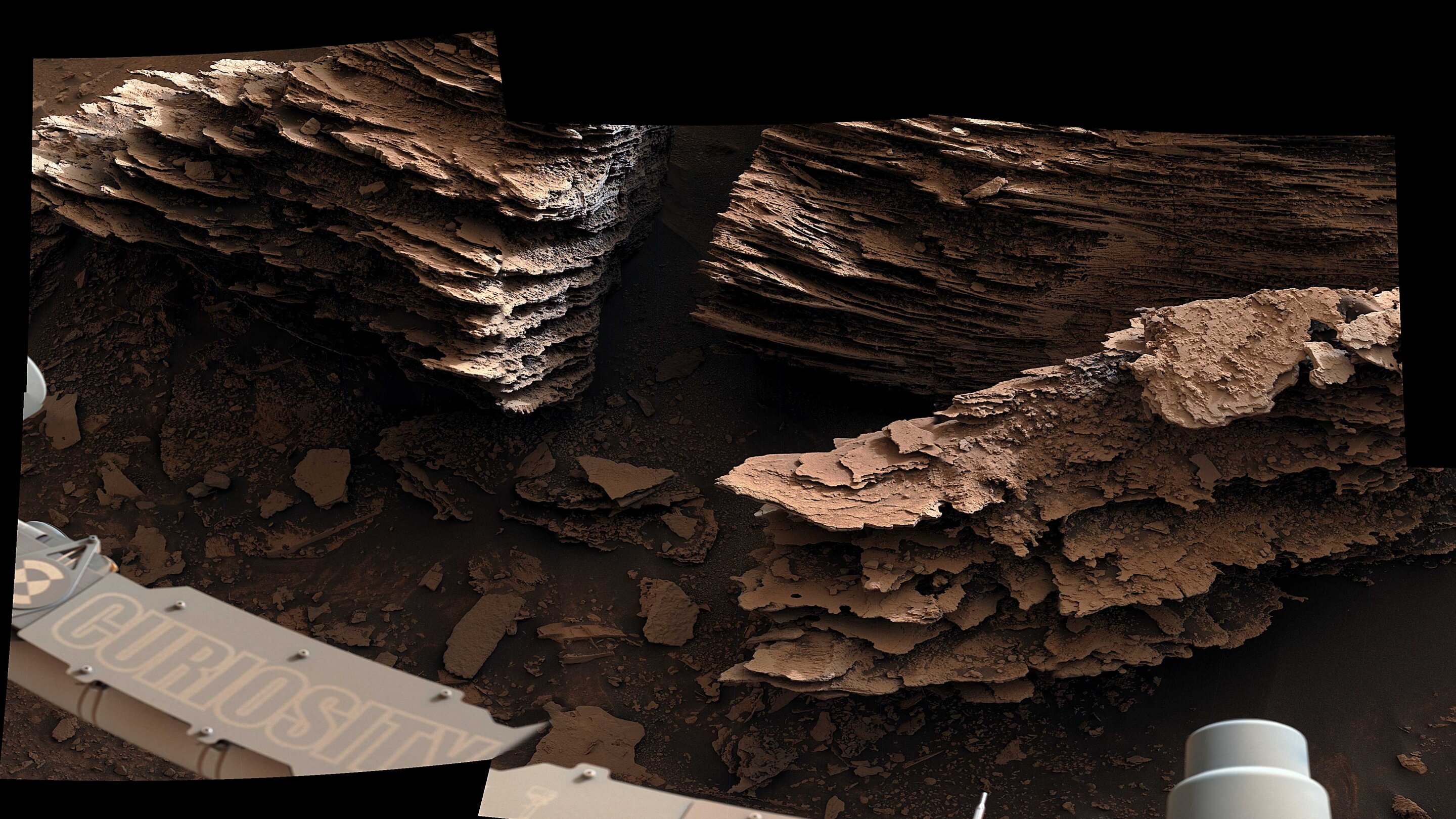 For the past year, NASA's Curiosity Mars rover has been traveling through a transition zone from a clay-rich region to one filled with a salty mineral called sulfate. While the science team targeted the clay-rich region and the sulfate-laden one for evidence each can offer about Mars' watery past, the transition zone is proving to be scientifically fascinating as well. In fact, this transition may provide the record of a major shift in Mars' climate billions of years ago that scientists are just beginning to understand.

The clay minerals formed when lakes and streams once rippled across Gale Crater, depositing sediment at what is now the base of Mount Sharp, the 3-mile-tall (5-kilometer-tall) mountain whose foothills Curiosity has been ascending since 2014. Higher on the mountain in the transition zone, Curiosity's observations show that the streams dried into trickles and sand dunes formed above the lake sediments.