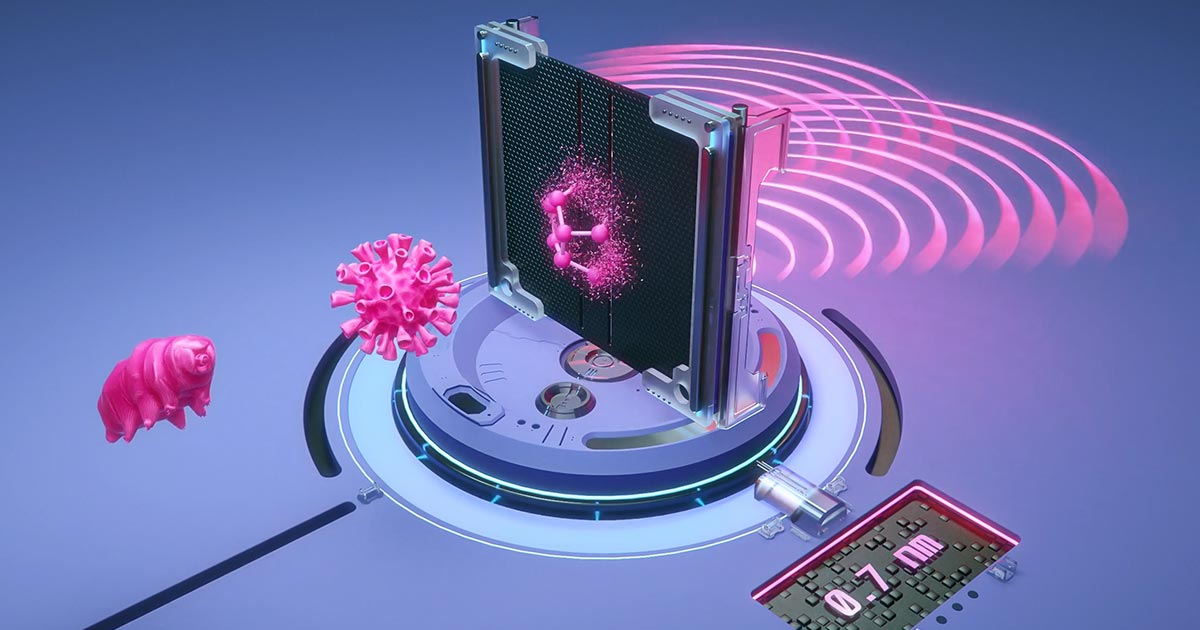 How Big Can the Quantum World Be? Physicists Probe the Limits.

It’s a mere speck of matter — a piece of silica crystal no bigger than a virus, levitated in a light beam. But it is almost as motionless as the laws of physics permit.

Two teams of researchers, in Austria and Switzerland, have independently succeeded in freezing such minuscule nanoparticles, just 100 to 140 nanometers across, almost entirely into their lowest-energy quantum state, giving them effectively a temperature just a few millionths of a degree above absolute zero — and fixing them in place with unearthly precision.

Holding a nanoparticle this tightly in a single spot is just the start. The goal is to put these objects into a so-called quantum superposition — where it becomes impossible to say, before measuring them, just where they are. A particle in a superposition could be found in one of two or more places, and you just don’t know which of them it will be until you look. It is perhaps the most startling example of how quantum mechanics seems to insist that our familiar world of objects with definite properties and positions comes into being only through the act of looking at it.

Superpositions of subatomic particles, atoms, and the massless “particles” of light called photons are well established. But because such quantum effects tend to be very easily disturbed when the particles interact with their surroundings, setting up superpositions gets rapidly harder as the objects get bigger and experience more interactions. Those interactions tend to almost instantaneously destroy a superposition and leave the object with unique, well-defined properties.