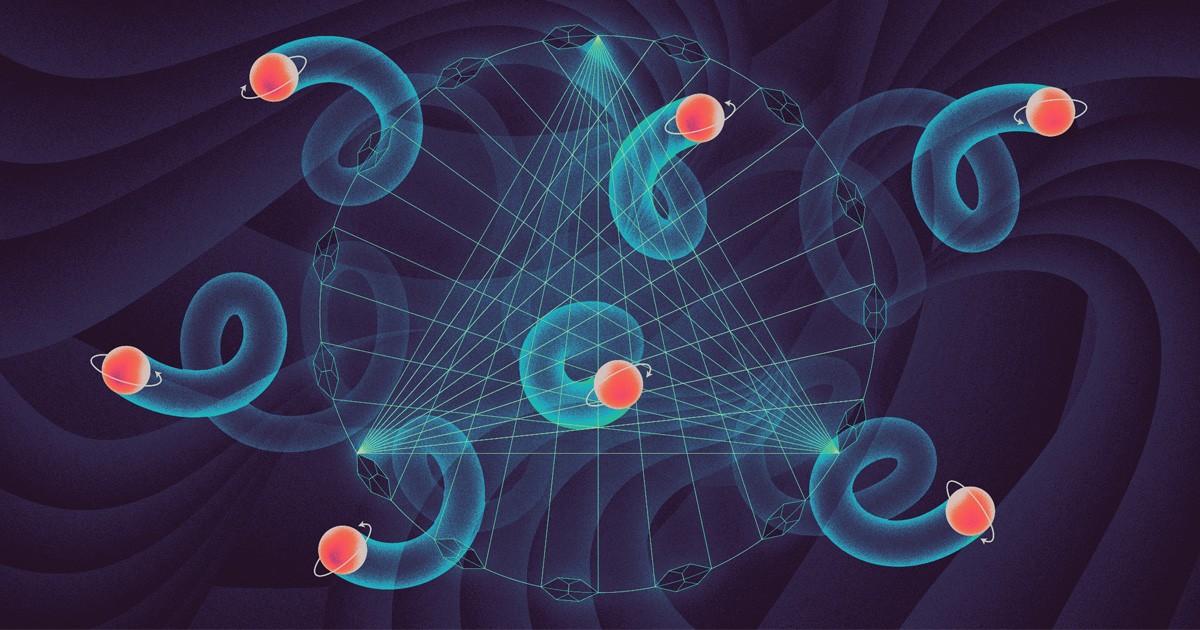 In their proof that the world is contextual, Simon Kochen and Ernst Specker created a network of possible values of a particle’s spin measured in different directions.

Perhaps the most famously weird feature of quantum mechanics is nonlocality: Measure one particle in an entangled pair whose partner is miles away, and the measurement seems to rip through the intervening space to instantaneously affect its partner. This “spooky action at a distance” (as Albert Einstein called it) has been the main focus of tests of quantum theory.

“Nonlocality is spectacular. I mean, it’s like magic,” said Adán Cabello, a physicist at the University of Seville in Spain.

But Cabello and others are interested in investigating a lesser-known but equally magical aspect of quantum mechanics: contextuality. Contextuality says that properties of particles, such as their position or polarization, exist only within the context of a measurement. Instead of thinking of particles’ properties as having fixed values, consider them more like words in language, whose meanings can change depending on the context: “Time flies like an arrow. Fruit flies like bananas.”

Although contextuality has lived in nonlocality’s shadow for over 50 years, quantum physicists now consider it more of a hallmark feature of quantum systems than nonlocality is. A single particle, for instance, is a quantum system “in which you cannot even think about nonlocality,” since the particle is only in one location, said Bárbara Amaral, a physicist at the University of São Paulo in Brazil. “So [contextuality] is more general in some sense, and I think this is important to really understand the power of quantum systems and to go deeper into why quantum theory is the way it is.”