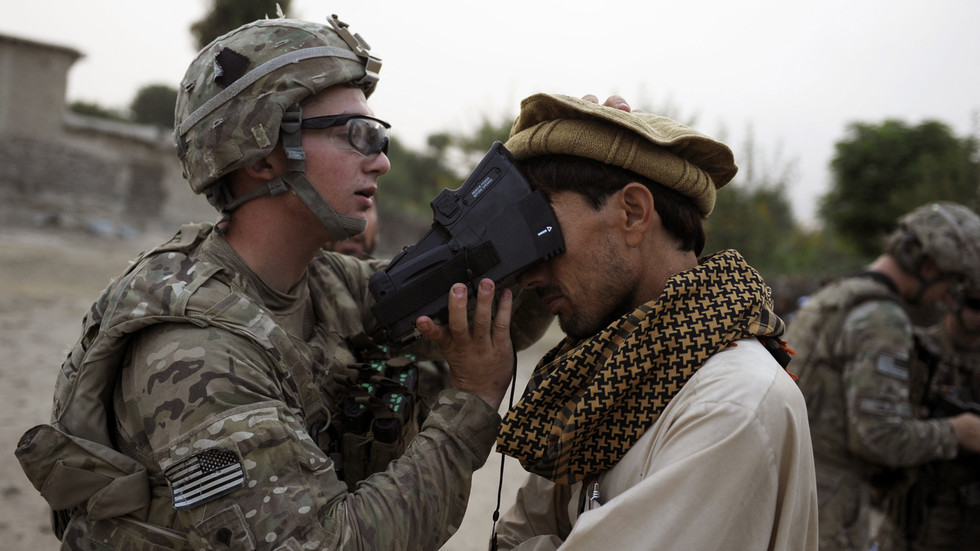 They told the news outlet that the portable devices could be used to access sensitive information from large, centralized military databases, but noted that it was still unclear how much of the biometric database collected on the Afghan population has been compromised.

According to a US Army Corps of Engineers presentation, HIIDE devices use the data collected to create a “portfolio” that can then be imported into Biometrics Automated Toolset (BAT) identification-processing software as a “digital dossier.” This can be scanned against official watch lists for threats.

Besides tracking insurgents, the Pentagon was also reportedly keen to use the devices to gather unique data on 80% of the Afghan population to check for terrorist and criminal activity. Unnamed sources said biometric details of locals who helped the US were also collected and used in identification cards.