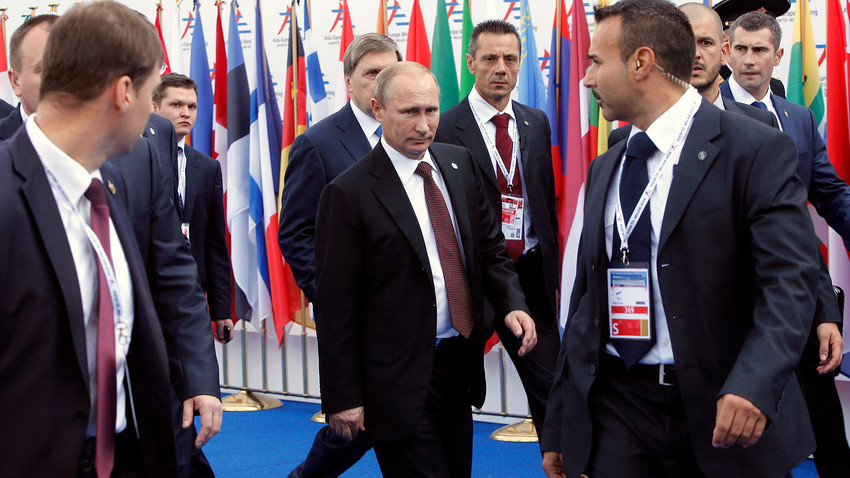 Months before Vladimir Putin leaves his residences to appear in public anywhere, his security team is already afoot. First, the team analyses all possible threats: criminal activity, social unrest, image perception and even the possibility of natural disasters, e.g. earthquakes or floods in the region during the potential visit.

About a month before the president’s visit, members of the team arrive at the place to coordinate their security schedule with the local authorities and check the accommodation where the president will be staying. Everything is repaired to the last doorknob, so that during the president’s stay, no technicians or repairmen would need to access the living quarters.

The security team’s IT engineers and technicians install jammers to block any radio detonation signals to the president’s location. The equipment maintained by the president’s surveillance team pings all smartphones and other devices in immediate proximity to the president’s location to control any suspicious activity. For those of you concerned with privacy issues – according to Russian laws, the president’s security has the right to install and use tapping hardware and software of any kind, conduct body searches, have access to any building and organization or seize any vehicle – if any of this is necessary for the security of the president. However, seizure of civilian vehicles is allowed only “in extreme conditions” and there are no official records of even a single such occasion occuring. Only after such thorough preparations have been executed does the president arrive and the security sets on to its immediate work.

Russian President Vladimir Putin gets into a limousine as he leaves Villa La Grange after his meeting with U.S President Joe Biden in Geneva, Switzerland June 16, 2021.