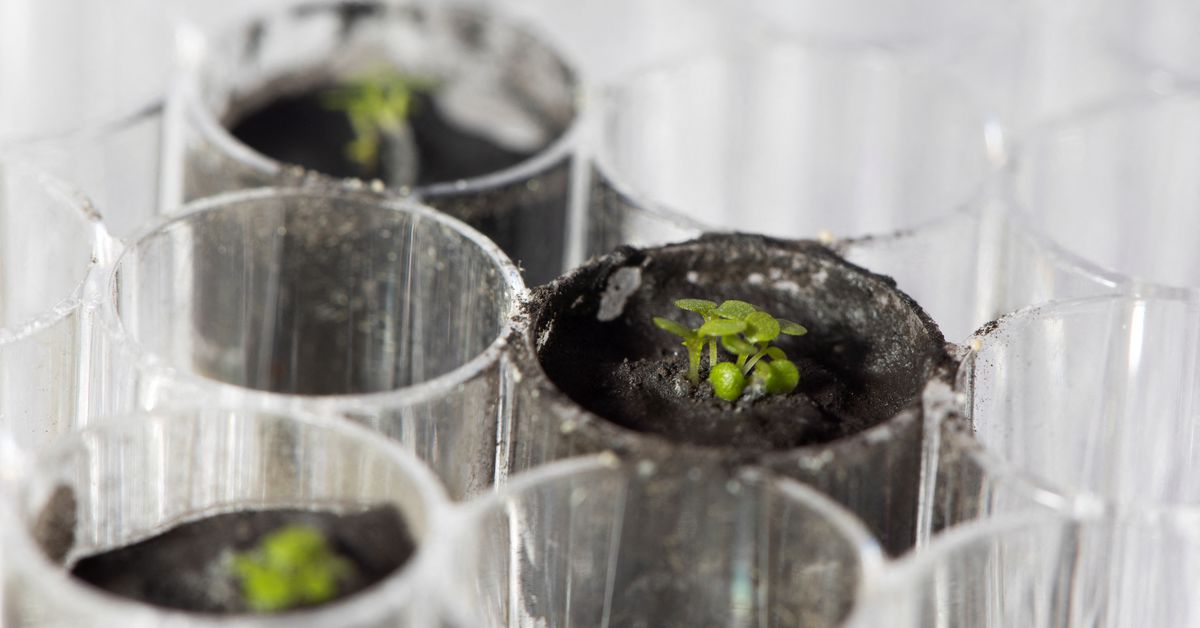 In one giant leap for Earth plants, seeds are grown in moon soil

The plant species Arabidopsis thaliana is seen sprouting at a University of Florida laboratory in a small amount of lunar regolith soil from the moon in this undated handout photo. Tyler Jones, UF/IFAS/Handout via REUTERS

WASHINGTON, May 12 (Reuters) - Scientists for the first time have grown seeds in soil from the moon - samples retrieved during NASA missions in 1969 and 1972 - in an achievement that heralds the promise of using earthly plants to support human outposts on other worlds.

Researchers said on Thursday they planted seeds of a diminutive flowering weed called Arabidopsis thaliana in 12 small thimble-sized containers each bearing a gram of moon soil, more properly called lunar regolith, and watched as they sprouted and grew. Lunar regolith, with its sharp particles and lack of organic material, differs greatly from Earth soil, so it was unknown whether seeds would germinate.

"When we first saw that abundance of green sprouts cast over all of the samples, it took our breath away," said horticultural sciences professor Anna-Lisa Paul, director of the University of Florida Interdisciplinary Center for Biotechnology Research and co-leader of the study published in the journal Communications Biology.