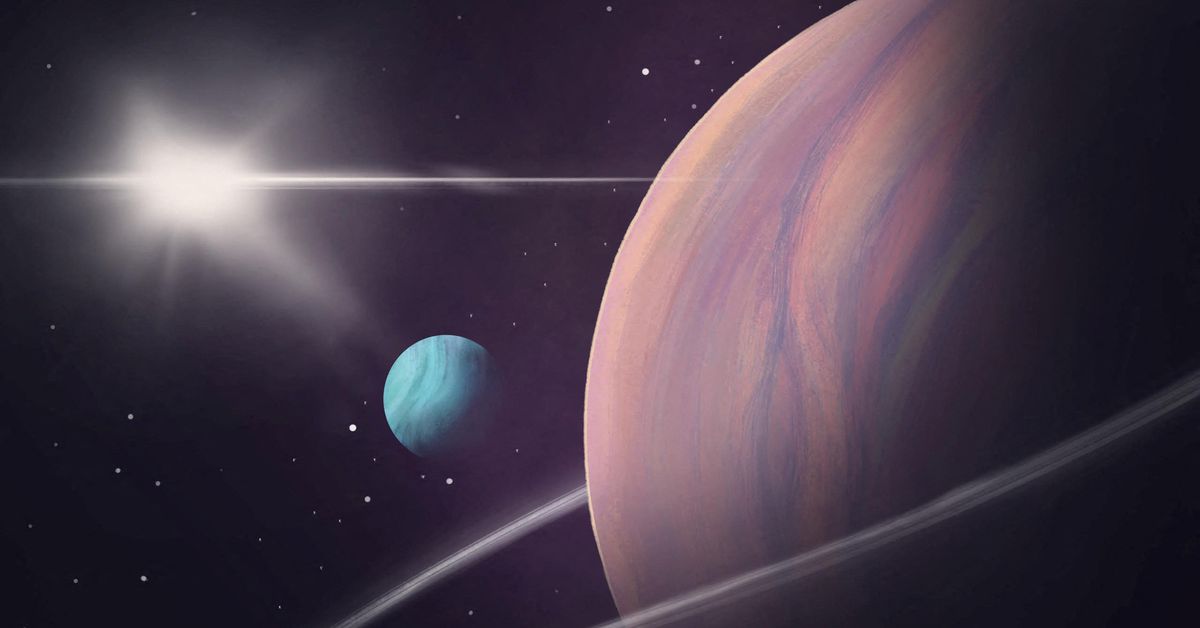 Second alien moon identified is much like the first: big and strange

An artist's rendering shows a moon with a diameter roughly 2.6 times that of Earth orbiting a large gas giant planet in another solar system located about 5,700 light years from our solar system, in an undated handout illustration. Scientists using what is called the transmit method have found evidence of the existence of this moon, which is only the second moon detected outside our solar system. Helena Valenzuela Widerstrom/Handout via REUTERS

WASHINGTON, Jan 13 (Reuters) - For only the second time, astronomers have detected what appears to be a moon orbiting a planet in another solar system. Just like the first time, this one has traits suggesting that such moons may differ greatly from those populating our solar system.

Data obtained by NASA's Kepler space telescope before it was retired in 2018 indicated the presence of a moon 2.6 times the diameter of Earth orbiting a Jupiter-sized gas giant about 5,700 light-years away from our solar system in the direction of the Cygnus and Lyra constellations, scientists said on Thursday.

This moon's diameter would make it larger than any of the roughly 220 ones known to be orbiting planets in our solar system and more than nine times the diameter of Earth's moon.