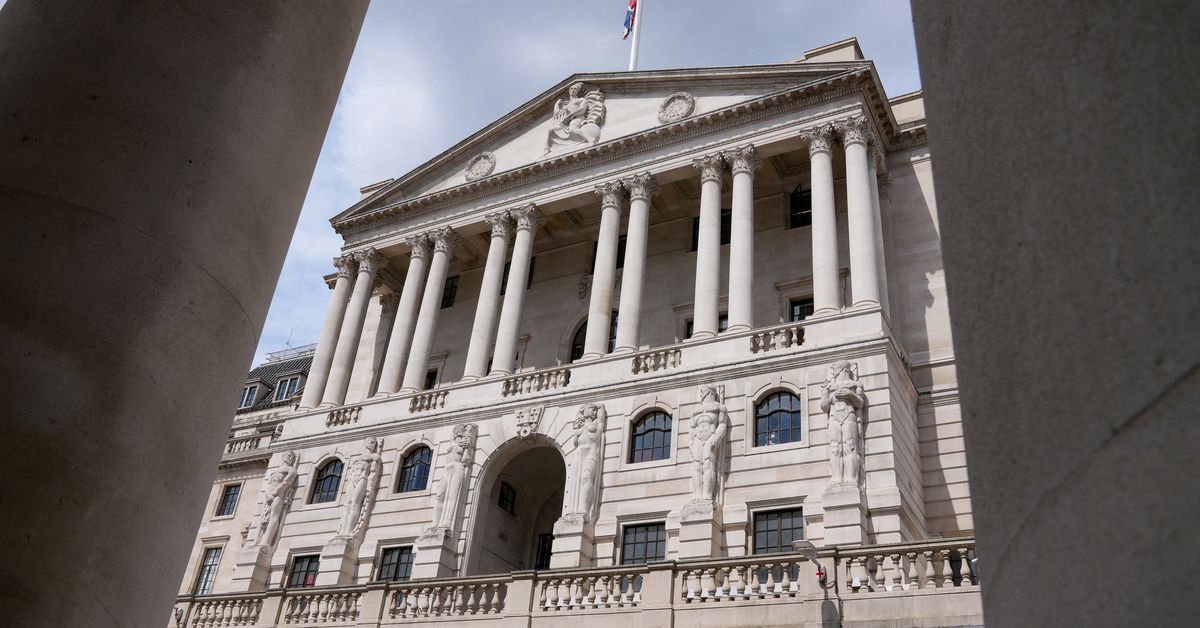 Bank of England raises rates to 2.25%, despite likely recession

A general view of the Bank of England (BoE) building, the BoE confirmed to raise interest rates to 1.75%, in London, Britain, August 4, 2022. REUTERS/Maja Smiejkowska

LONDON, Sept 22 (Reuters) - The Bank of England raised its key interest rate to 2.25% from 1.75% on Thursday and said it would continue to "respond forcefully, as necessary" to inflation, despite the economy entering recession.

The BoE estimates Britain's economy will shrink 0.1% in the third quarter - partly due to the extra public holiday for Queen Elizabeth's funeral - which, combined with a fall in output in the second quarter, meets the definition of a technical recession.

Economists polled by Reuters last week had forecast a repeat of August's half-point increase in rates, but financial markets had bet on a three-quarter-point rise, the biggest since 1989, barring a brief, failed attempt in 1992 to support sterling.

The BoE move follows the U.S. Federal Reserve's decision on Wednesday to raise its key rate by three quarters of a percentage point, as central banks worldwide grapple with post-COVID labour shortages and the impact of Russia's invasion of Ukraine on energy prices.