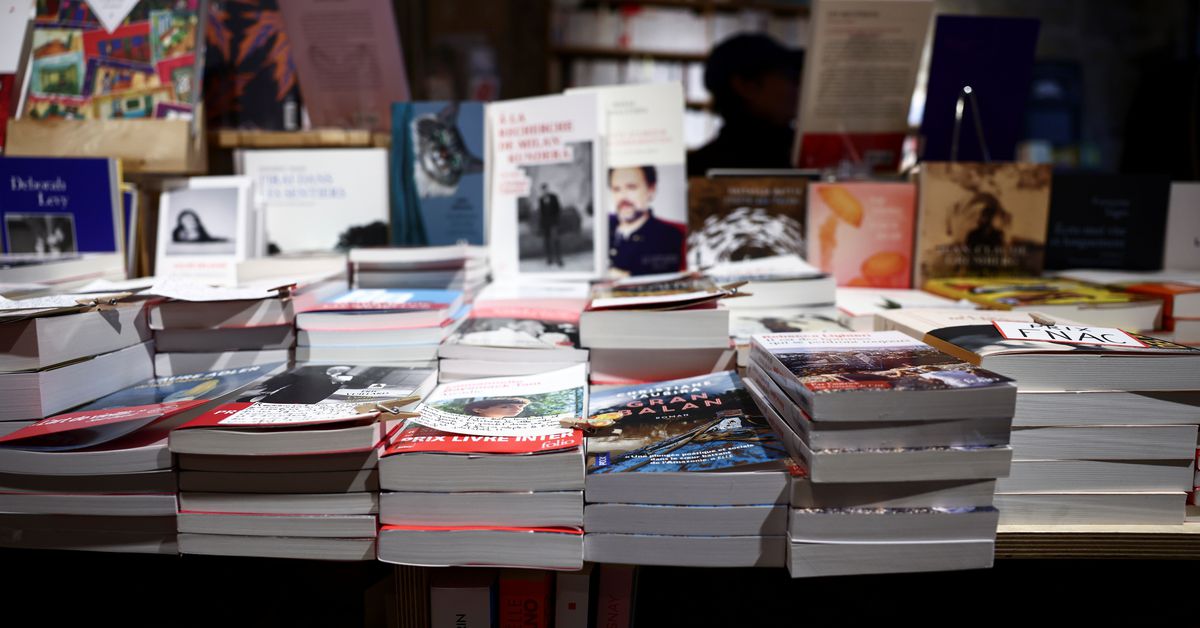 Books are displayed on a table at "La Librairie du Canal" bookstore in Paris as French lawmakers voted a draft bill aiming at stopping Amazon from offering free delivery for books and at protecting traditional bookshops from competition, France, October 21, 2021. REUTERS/Sarah Meyssonnier

PARIS, Sept 23 (Reuters) - France plans to impose a minimum delivery fee of 3 euros ($2.93) for online book orders of less than 35 euros to level the playing field for independent bookstores struggling to compete against e-commerce giants, the government said on Friday.

A 2014 French law already prohibits free book deliveries, but Amazon (AMZN.O) and other vendors such as Fnac (FNAC.PA) have circumvented this by charging a token 1 cent per delivery. Local book stores typically charge up to 7 euros for shipping a book.

Legislation was passed in December 2021 to close the one-cent loophole through a minimum shipping fee, but the law could not take effect until the government had decided on the size of that fee.