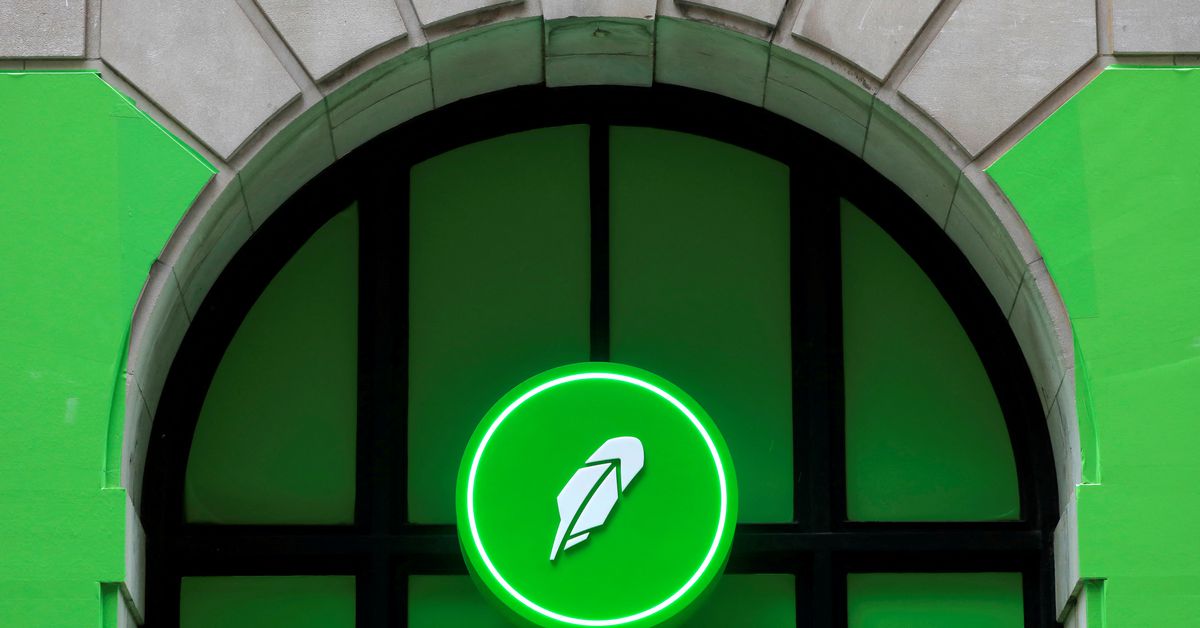 The logo of Robinhood Markets, Inc. is seen at a pop-up event on Wall Street after the company's IPO in New York City, U.S., July 29, 2021. REUTERS/Andrew Kelly

May 12 (Reuters) - Samuel Bankman-Fried, the chief executive and founder of cryptocurrency exchange FTX, revealed a 7.6% stake in Robinhood Markets Inc (HOOD.O) on Thursday, capitalizing on the weakness of the shares of the trading app to build a position.

Bankman-Fried said in a regulatory filing he did not have any intention of taking control of Robinhood. The company's dual-class shares currently give Robinhood's founders control of 64% of the voting shares outstanding.

A person familiar with the matter said that Bankman-Fried had not informed Robinhood of any plans to merge it with his FTX platform.

Bankman-Fried said in the filing that it was possible that his position may evolve and he could end up pushing for changes. He disclosed he started building his stake in Robinhood in the middle of March. According to a filing with the Securities and Exchange commission, he now owns more than 56 million shares, which he purchased for more than $648 million.