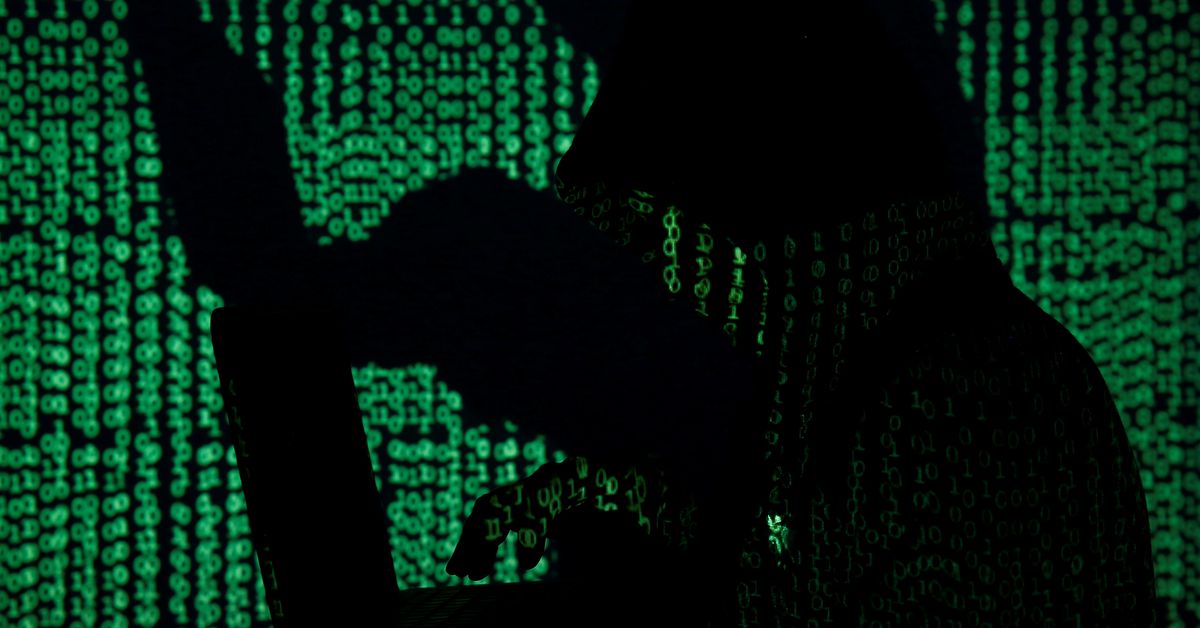 A man holds a laptop computer as cyber code is projected on him in this illustration picture taken on May 13, 2017. REUTERS/Kacper Pempel/Illustration/File Photo

SAN FRANCISCO, Sept 23 (Reuters) - When a senior executive at virtual private network company ExpressVPN admitted to working on behalf of a foreign intelligence service to hack American machines last week, it stunned employees at his new company, according to interviews and electronic records.

What ExpressVPN said after the U.S. Justice Department's deferred prosecution agreement disturbed some employees further. The company had known about Dan Gericke's history as a mercenary hacker for the United Arab Emirates.

The VPN provider said it had no problem with the former intelligence operative protecting the privacy of its customers. In fact, the company had repeatedly given Gericke more responsibility at ExpressVPN even as the FBI investigation of his conduct pressed toward its conclusion.

Shortly after the court filings showed Gericke and two other former U.S. intelligence operators agreeing to pay a fine and give up any future classified work, he emailed his colleagues at ExpressVPN.