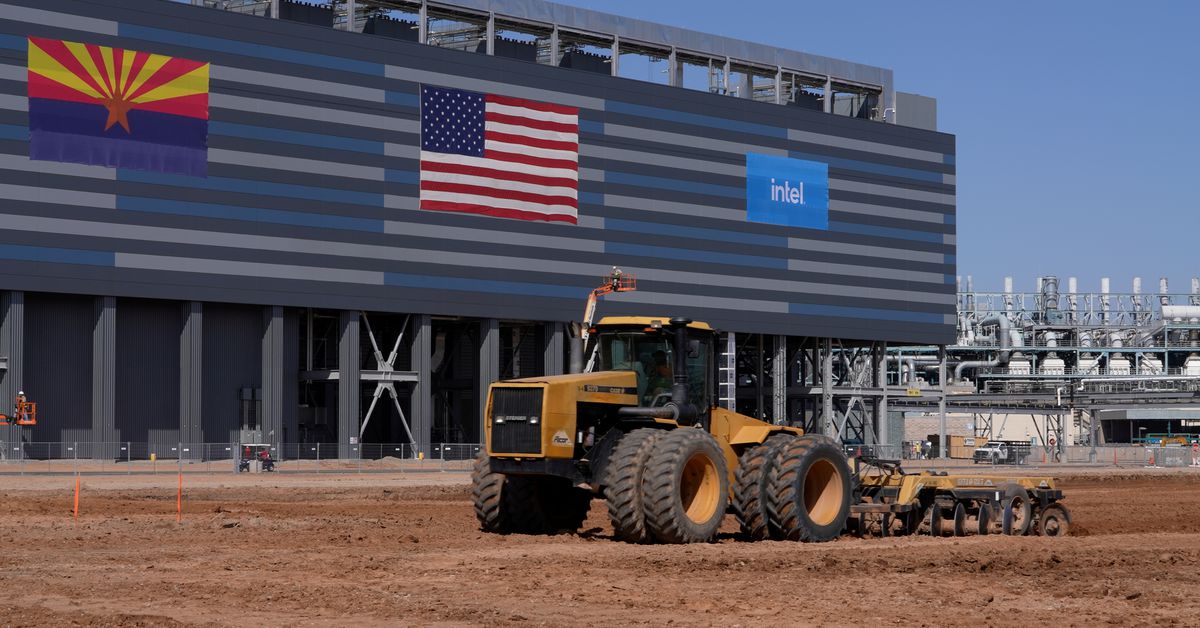 Sept 24 (Reuters) - Intel Corp (INTC.O) on Friday broke ground on two new factories in Arizona as part of its turnaround plan to become a major manufacturer of chips for outside customers.

The $20 billion plants - dubbed Fab 52 and Fab 62 - will bring the total number of Intel factories at its campus in Chandler, Arizona, to six. They will house Intel's most advanced chipmaking technology and play a central role in the Santa Clara, California-based company's effort to regain its lead in making the smallest, fastest chips by 2025, after having fallen behind rival Taiwan Semiconductor Manufacturing Co Ltd (2330.TW).

The new Arizona plants will also be the first Intel has built from the ground up with space reserved for outside customers. Intel has long made its own chips, but its turnaround plan calls for taking on work for outsiders such as Qualcomm Inc (QCOM.O) Amazon.com's (AMZN.O) cloud unit, as well as deepening its manufacturing relationship with the U.S. military.