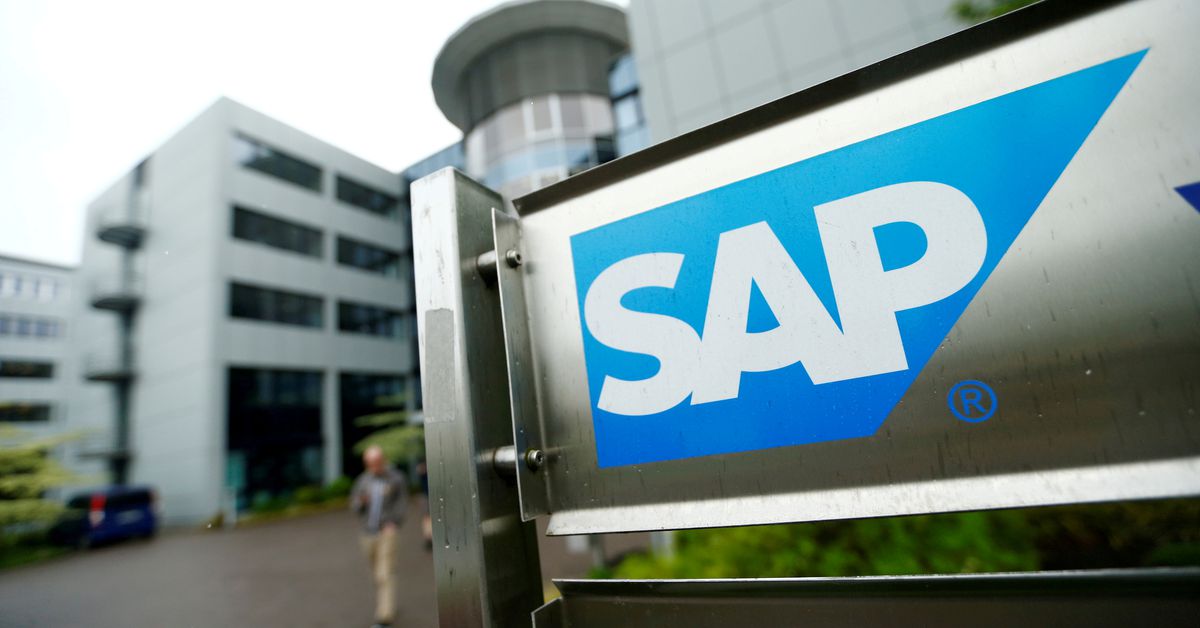 BERLIN, Jan 26 (Reuters) - SAP (SAPG.DE) on Thursday said it plans to cut 3,000 jobs, or 2.5% of its global staff, and to explore a sale of its remaining stake in Qualtrics to focus on strategic growth areas and operate more efficiently.

With the planned job cuts, SAP joins other big tech companies including Microsoft and Amazon in turning to layoffs to cut costs.

SAP reported a 30% revenue increase in its cloud business in the fourth quarter, helped by strong demand for its HANA software.

Analysts are worried that the lucrative cloud segment for big tech companies could be hit hard as customers look to cut spending.

SAP's operating profit grew 17% in the three months through December to 1.71 billion euros ($1.87 billion) on group revenue of 8.44 billion euros, it said.