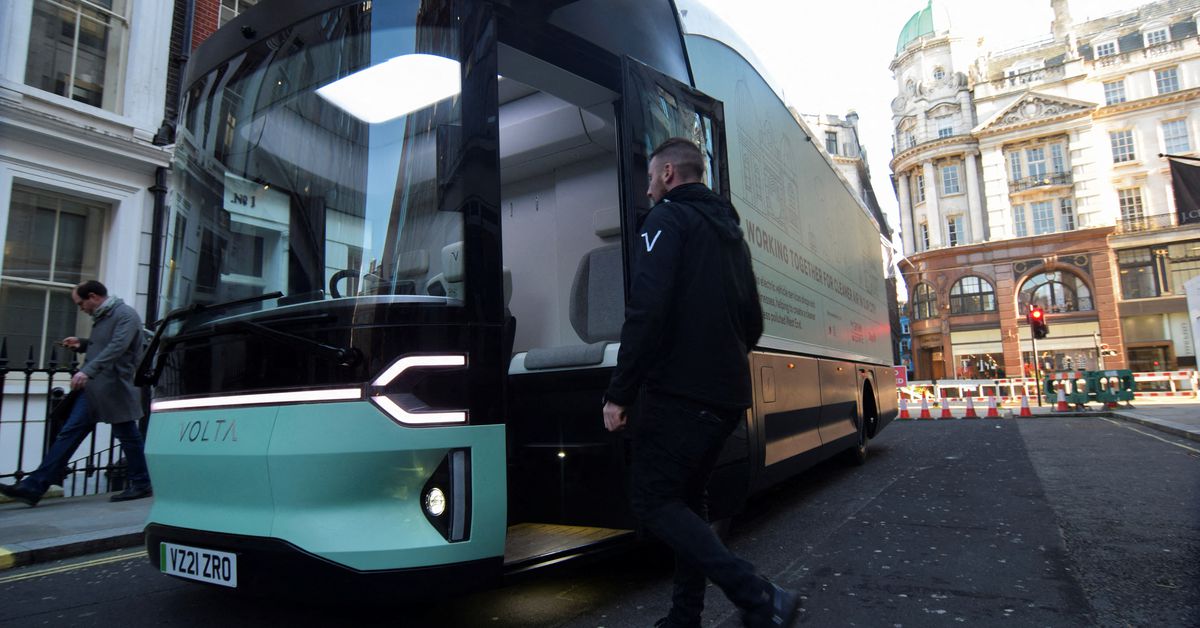 A prototype of the Volta Zero, a 16-tonne electric truck that Volta Trucks will start mass producing in late 2022, is displayed in central London, Britain, January 13, 2022. REUTERS/Nick Carey

LONDON, Jan 14 (Reuters) - Britain's Crown Estate will run an electric truck trial starting this summer with startup Volta Trucks to deliver goods to retailers on London's busy Regent Street as part of efforts to cut congestion and emissions, the companies said on Friday.

The trial will be run by the Crown Estate's distribution provider Clipper Logistics and involve a prototype Volta Zero, a 16-tonne electric truck that is due to go into production by the end of 2022 at a former truck plant in Austria . read more

With zero-emission mandates looking in cities like Paris or national bans on fossil-fuel vehicles at the end of this decade - the UK government has proposed an effective ban from 2030 - fleet operators are scrambling to test and buy electric commercial vehicles for delivering goods in urban environments in particular.

The Crown Estate is one of the largest property owners in London's West End and Clipper Logistics runs a delivery consolidation service for it to deliver to major retailers like John Lewis and H&M in the Regent Street area.