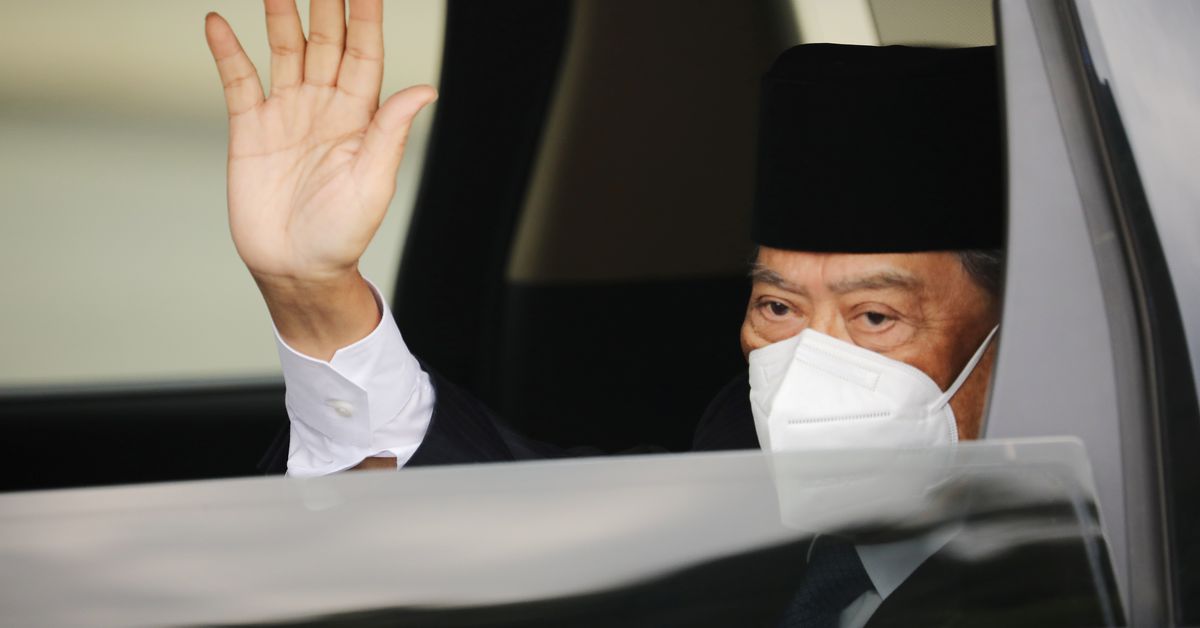 KUALA LUMPUR, Aug 16 (Reuters) - Malaysia's cabinet led by Prime Minister Muhyiddin Yassin has tendered its resignation to the king, science minister Khairy Jamaluddin said on Monday, after months of political turmoil that resulted in a loss of the premier's majority.

Khairy announced the news in a post on Instagram. Prime Minister Muhyiddin was earlier seen entering the national palace on Monday, after reports he would tender his resignation to the king.

Muhyiddin's hand had weakened after months of infighting in his coalition. If confirmed, his resignation would end a tumultuous 17 months in office, but could also hamper Malaysia's efforts to reboot a pandemic-stricken economy and curb a resurgence in COVID-19 cases, as there is no obvious successor.

It was not immediately clear who could form the next government, given no one has a clear majority in parliament, or whether elections could be held during the pandemic.