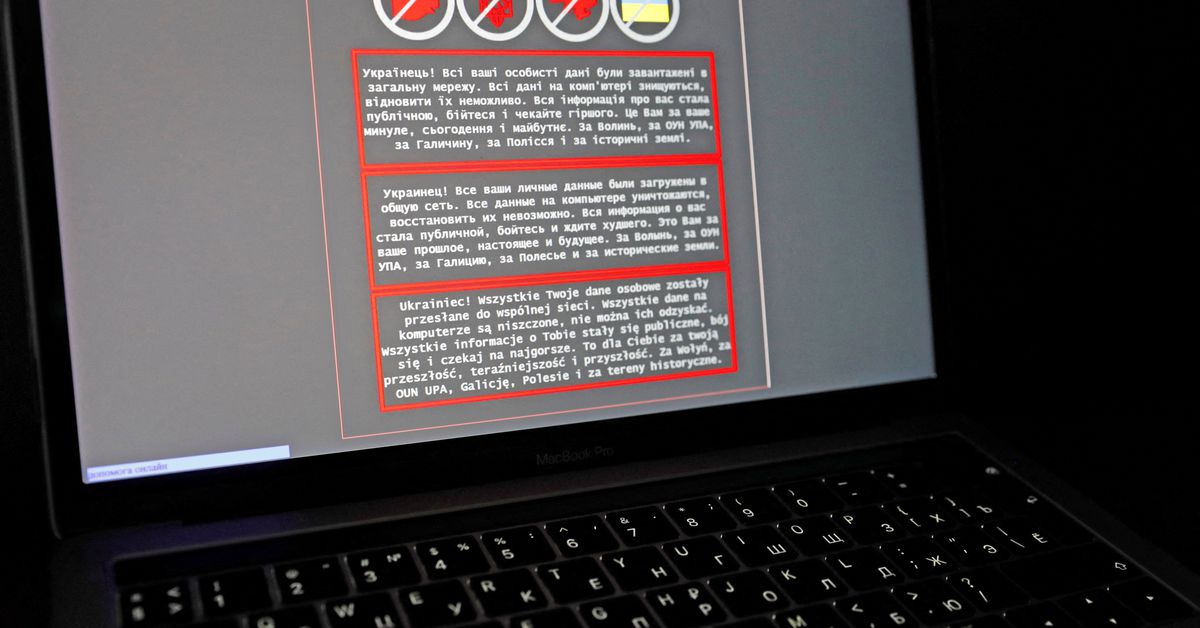 Cyberattack hits Ukraine as U.S. warns Russia could be prepping for war

KYIV/WASHINGTON, Jan 14 (Reuters) - The United States said it feared Russia was preparing a pretext to invade Ukraine if diplomacy fails to meet its objectives, after a massive cyberattack splashed Ukrainian government websites with a warning to "be afraid and expect the worst".

Moscow dismissed such warnings, though it has amassed more than 100,000 troops on its neighbour's frontiers and on Friday released pictures of more of its forces on the move.

The cyberattack - which Kyiv's state security service said showed signs of Russian involvement - unfolded hours after security talks wrapped up on Thursday with no breakthrough between Moscow and Western allies.

Ukraine said its president, Volodymyr Zelenskiy, had proposed a three-way meeting with the leaders of Russia and the United States. Zelenskiy's chief of staff, Andriy Yermak, said the "life and death" of his country hung in the balance.

White House press secretary Jen Psaki told reporters the United States was concerned that Russia was preparing for the possibility of a new military assault on a country it invaded in 2014. read more