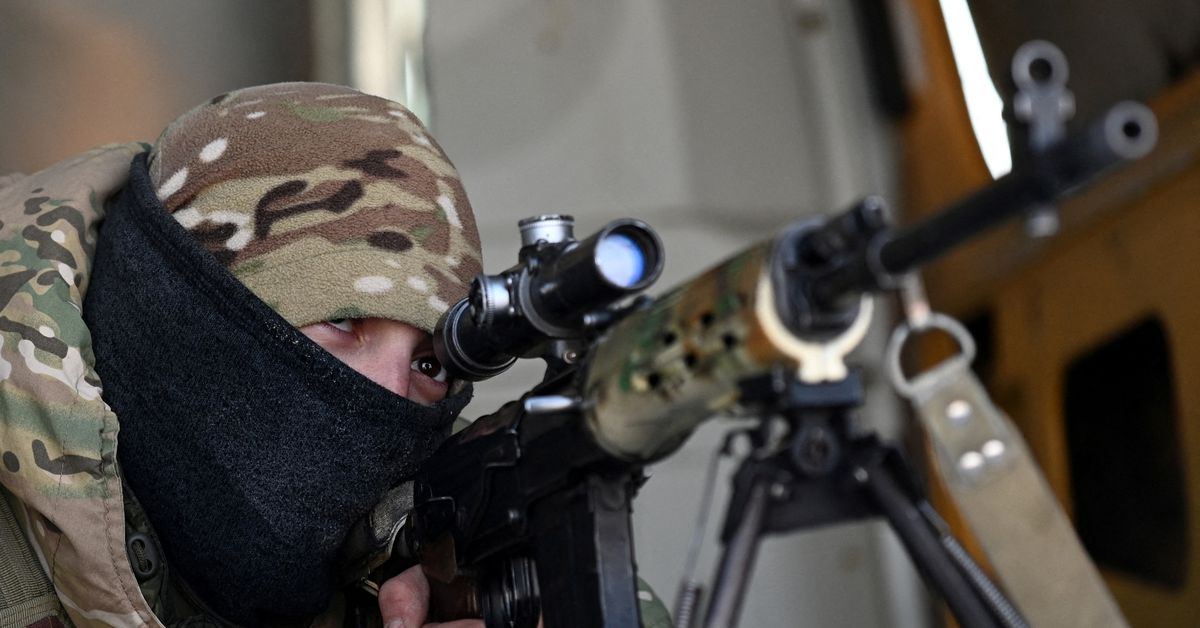 A sniper of the Russian armed forces takes part in military exercises at the Kadamovsky range in the Rostov region, Russia January 13, 2022. REUTERS/Sergey Pivovarov

VIENNA/MOSCOW, Jan 13 (Reuters) - Poland's foreign minister said on Thursday that Europe was at risk of plunging into war as Russia said it was not yet calling time on diplomacy but that military experts were preparing options in case tensions over Ukraine could not be defused.

U.S. Ambassador Michael Carpenter said after talks with Russia in Vienna that the West should prepare for a possible escalation in tensions with Moscow. "The drumbeat of war is sounding loud, and the rhetoric has gotten rather shrill," he told reporters.

Russia said dialogue was continuing but was hitting a dead end as it tried to persuade the West to bar Ukraine from joining NATO and roll back decades of alliance expansion in Europe - demands that the United States has called "non-starters".

"At this stage it is really disappointing," Russian Ambassador Alexander Lukashevich told reporters after a meeting of the Organization for Security and Cooperation in Europe (OSCE), the third leg in a series of East-West talks this week.