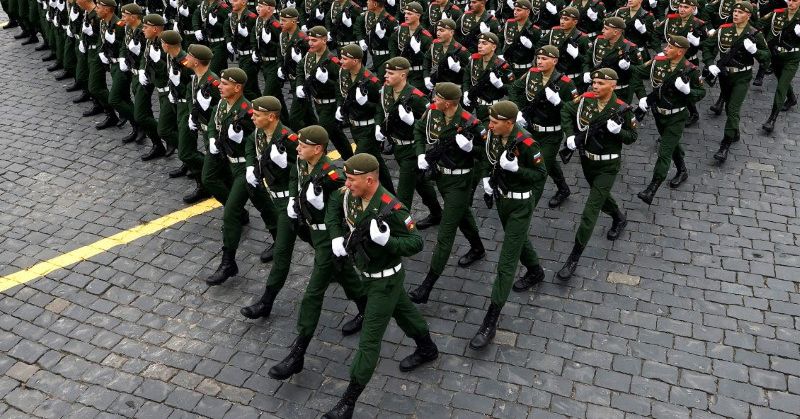 Russian service members march during a military parade on Victory Day, which marks the 76th anniversary of the victory over Nazi Germany in World War Two, in Red Square in central Moscow, Russia May 9, 2021. REUTERS/Maxim Shemetov/File Photo

In Moscow's first update on casualty numbers in almost six months, Shoigu said 5,937 Russian soldiers had been killed since the start of the conflict.

President Vladimir Putin had ordered Russia's first mobilisation since World War Two in an early-morning television address, saying the additional manpower was needed to win a war against not only Ukraine but also its Western backers. read more

Shoigu dismissed assertions by Kyiv and the West that Russia has suffered heavy losses in its seven-month campaign, and said 90% of wounded Russian soldiers had returned to the frontline.