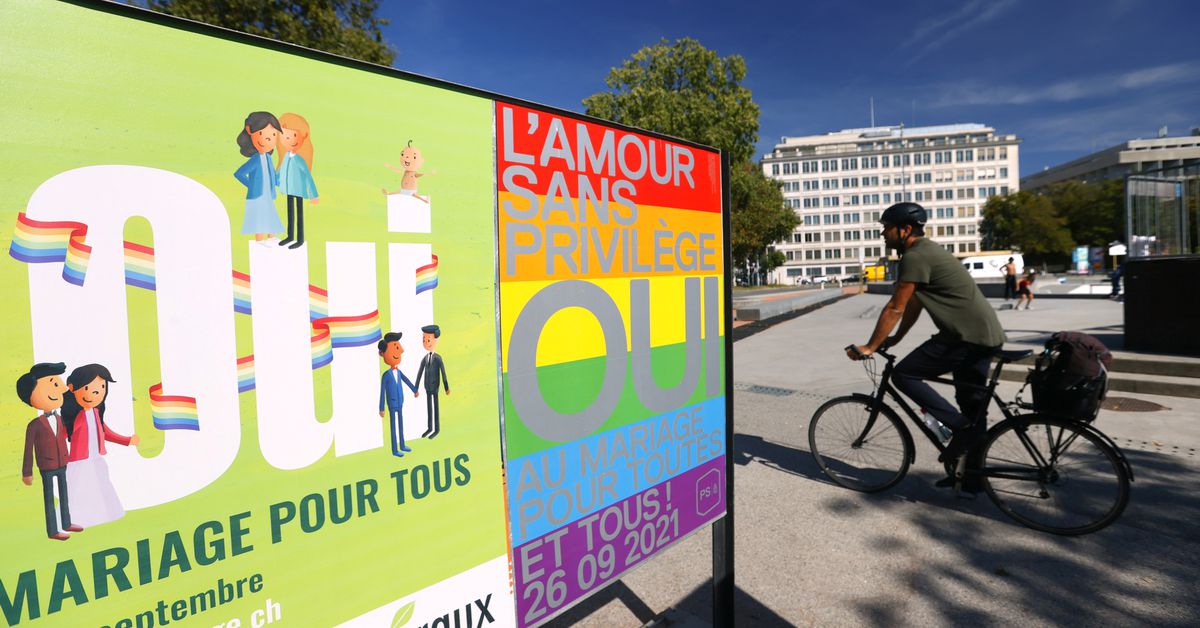 Posters are pictured before a vote on same sex marriage in Geneva, Switzerland, September 23, 2021. Poster reads : "Love without privilege, yes to marriage for all". REUTERS/Denis Balibouse

ZURICH, Sept 26 (Reuters) - Swiss voters on Sunday looked set to back a proposal to open civil marriage and the right to adopt children to same-sex couples, according to early indications published by Swiss broadcaster SRG.

Projections showed 64% of voters had voted in favour of same-sex marriage in a nationwide referendum conducted under Switzerland's system of direct democracy. A final result is expected later in the day.

"We are very happy and relieved," said Antonia Hauswirth of the national committee "Marriage for All", adding supporters would celebrate in Switzerland's capital Bern on Sunday.

Amnesty International said in a statement that opening civil marriage to same-sex couples was a "milestone for equality".