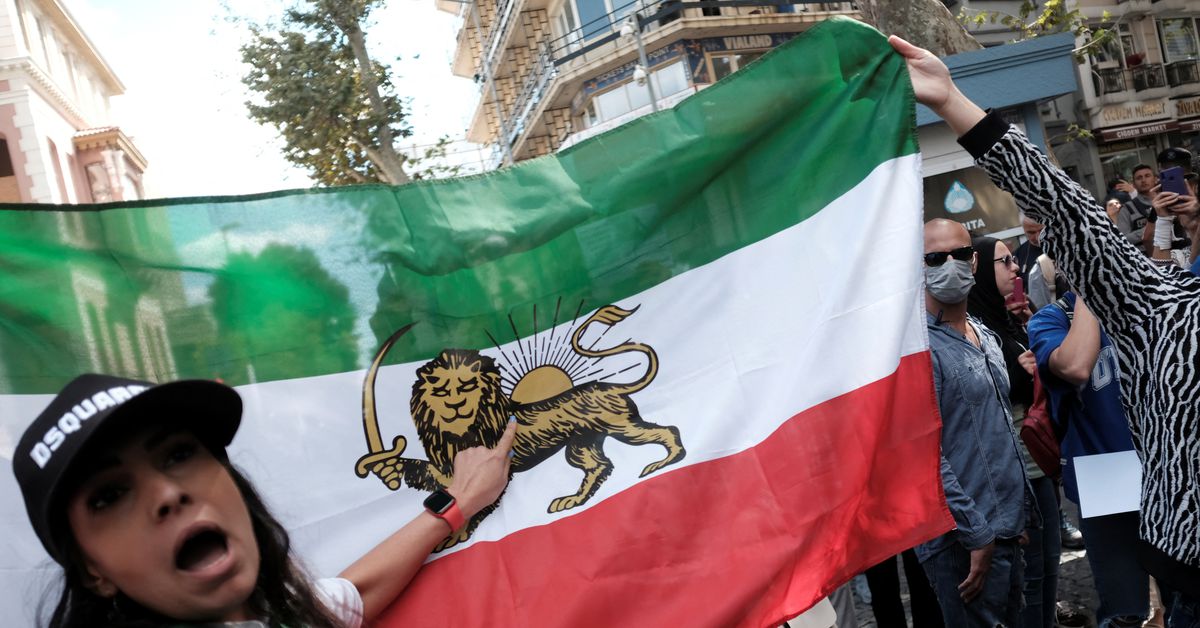 An Iranian woman living in Turkey points at an old Iranian royal flag during a protest following the death of Mahsa Amini, outside the Iranian consulate in Istanbul, Turkey September 21, 2022. REUTERS/Murad Sezer

Sept 21 (Reuters) - Iran curbed access on Wednesday to Meta Platforms' (META.O) Instagram and WhatsApp, two of the last remaining social networks in the country, amid protests over the death of a woman in police custody, residents and internet watchdog NetBlocks said.

Last week's death of 22-year-old Mahsa Amini, who was arrested by morality police in Tehran for "unsuitable attire", has unleashed anger over issues including freedom in the Islamic Republic and an economy reeling from sanctions. read more