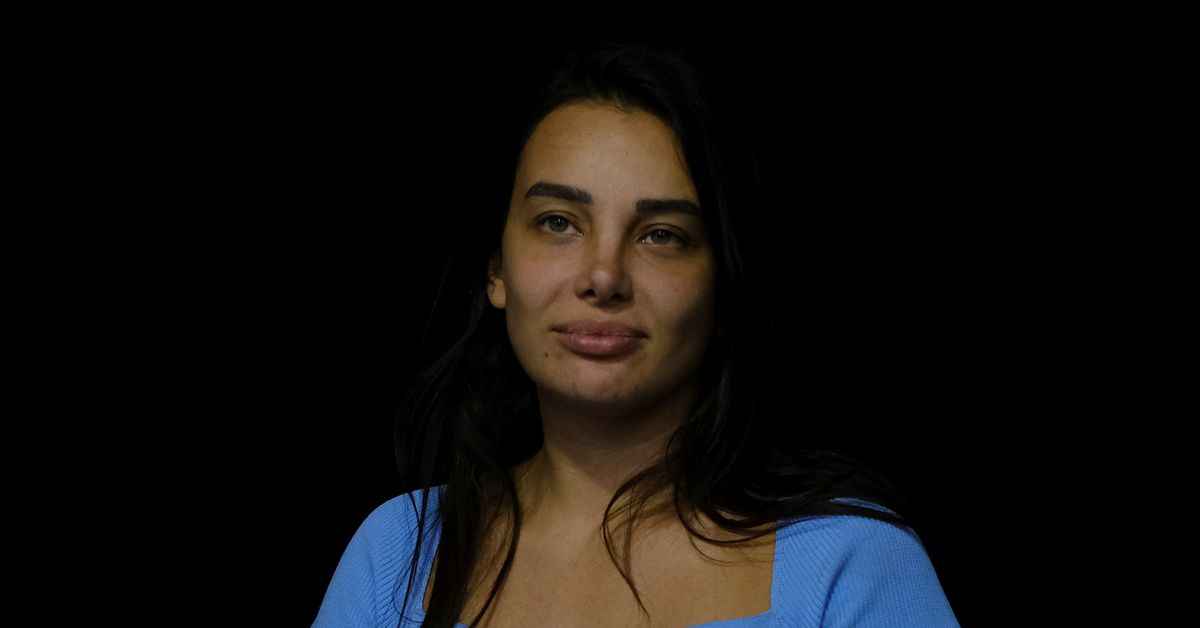 On the run, Lebanese woman who stole own savings says she's not the criminal

Interior designer Sali Hafiz, who is on the run from authorities after forcing a bank to release her family savings, poses for a picture as she attends an interview with Reuters at Bekaa Valley, Lebanon, September 20, 2022. REUTERS/Emilie Madi

BEKAA VALLEY, LEBANON Sept 21 (Reuters) - On the run from authorities after forcing a bank to release her family savings at gunpoint to treat her cancer-stricken sister, 28-year-old Lebanese interior designer Sali Hafiz insists she is not the criminal.

"We are in the country of mafias. If you are not a wolf, the wolves will eat you," she told Reuters, standing on a dirt track somewhere in Lebanon's rugged eastern Bekaa valley where she has since been in hiding.

Hafiz held up a Beirut branch of BLOM Bank last week, taking by force some $13,000 in savings in her sister's account frozen by capital controls that were imposed overnight by commercial banks in 2019 but never made legal via legislation.

Dramatic footage of the incident, in which she cocks what later turned out to be a toy gun and stands atop a desk bossing around employees who hand her wads of cash, turned her into an instant folk hero in a country where hundreds of thousands of people are locked out of their savings.