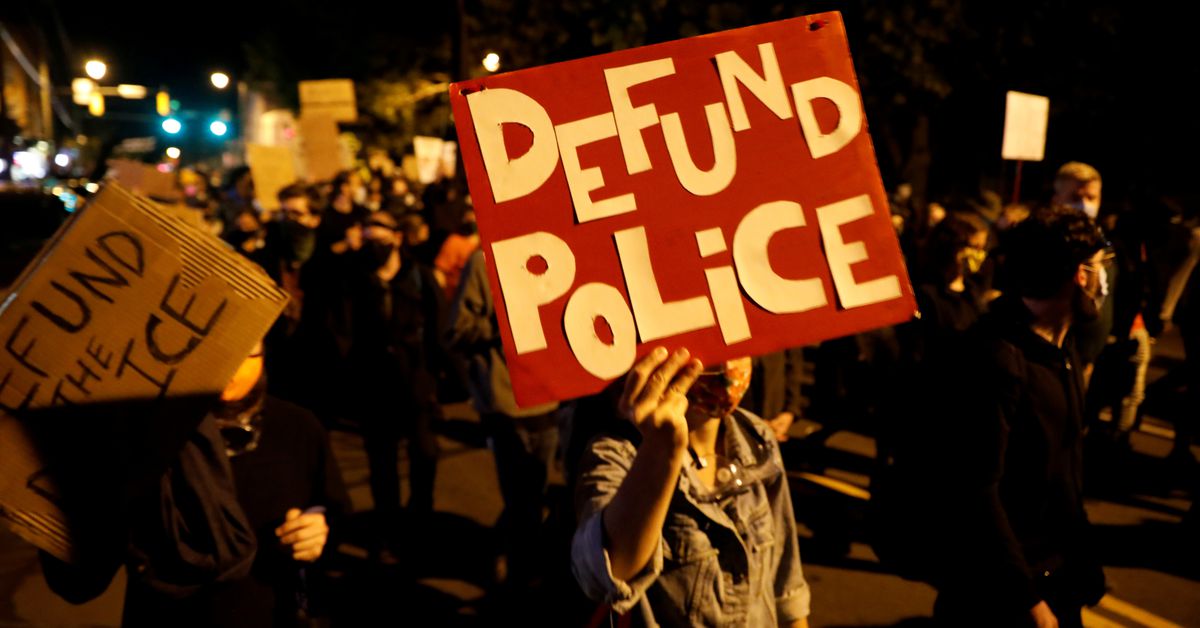 Demonstrators hold a sign reading "Defund the police" during a protest over the death of a Black man, Daniel Prude, after police put a spit hood over his head during an arrest on March 23, in Rochester, New York, U.S. September 6, 2020. REUTERS/Brendan McDermid/File Photo

WASHINGTON, Aug 17 (Reuters) - Last summer, Washington Mayor Muriel Bowser played a high-profile role in the protests sweeping America over police killings of Black suspects. She renamed a street Black Lives Matter Plaza and joined thousands of demonstrators there, many shouting what had become the movement’s slogan: “Defund the police!”

Now, however, Bowser and many other Democratic city leaders are scrambling to boost police budgets and hire more officers amid the deadliest crime wave in two decades. Local and national Democrats are distancing themselves from “defund” politics and policies, a reflection of how deeply unpopular the concept has become among most voters - and how effective a weapon it can be for Republican candidates.