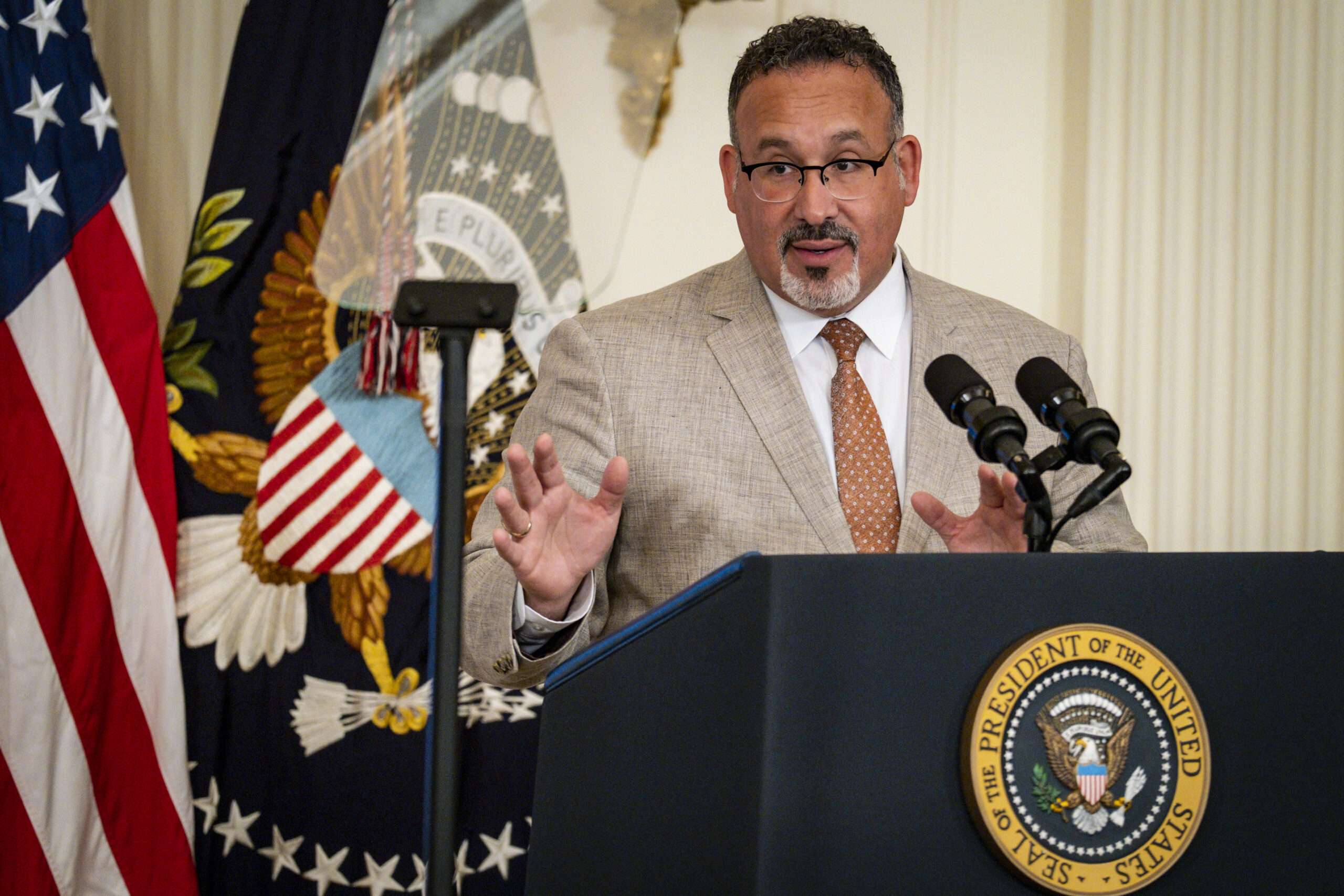 Today, on the 50th anniversary of Title IX's implementation, the federal law that prohibits sex-based discrimination in education is getting a radical overhaul that will gut critical due process protections for students accused of sexual misconduct.

Education Secretary Miguel Cardona touted the new proposals as necessary revisions to Trump-era rules that reasserted the need for colleges and universities to treat both parties to a sexual misconduct dispute fairly and equally. The Biden administration has apparently embraced the idea—one promoted by many progressive victims' advocacy groups—that the rules propagated by previous Education Secretary Betsy DeVos made it too difficult to file sexual misconduct claims; Cardona's proposals would substantially revert Title IX compliance to the Obama-era standards, under which hundreds of students allege that they were wrongfully expelled from college following adjudication procedures that were manifestly unfair.

"Our goal was to give full effect to the law's reach and to deliver on its promise to prevent all students from sex-based harassment," said Cardona in a statement. "Our proposed changes would fully protect students from all forms of sex discrimination, instead of limiting some protections to sexual harassment alone, and make those protections include discrimination based on sexual orientation and gender identity."