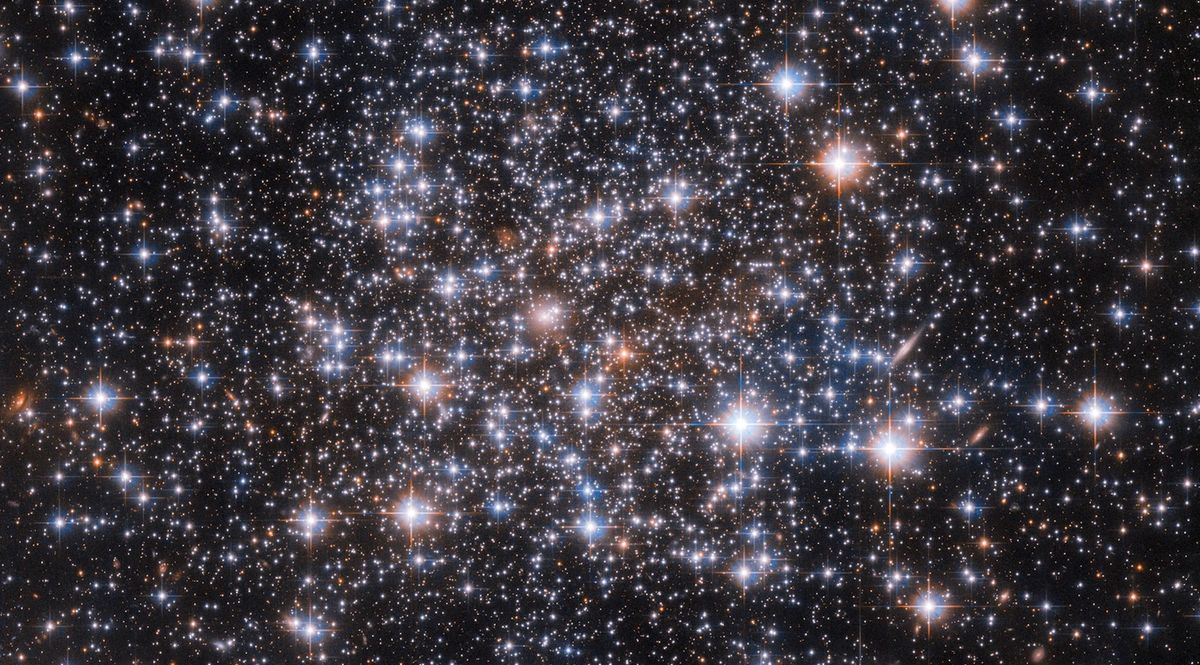 A celestial workhorse and its dedicated team of astronomers are at it again by delivering a hypnotic new image of a globular cluster and its infinite depth of stars.

But while a new image from the Hubble Space Telescope is stunning, there's much more to this section of the heavens than the eye can see. The cluster, called Ruprecht 106, it's also home to a great mystery of Sherlockian proportions — and the game's afoot to unlock clues to the cluster's enigmatic makeup, according to a statement (opens in new tab) from the European Space Agency, a partner on the observatory.

Scientists agree that even though the core stars in a globular cluster were all born at roughly the same time and location, there are stars within these cosmic nurseries that exhibit unique chemical compositions that can differ widely. Astronomers believe that this variation represents later stars formed from gas polluted by processed material of the larger first-generation stars.

However, rare globular clusters like Ruprecht 106 are devoid of these varieties of stars and instead are cataloged as single-population clusters, where no second- or third-generation stars ever formed. Astronomers hope that studying this captivating globular cluster in more detail can explain why it sports only one generation of stars.