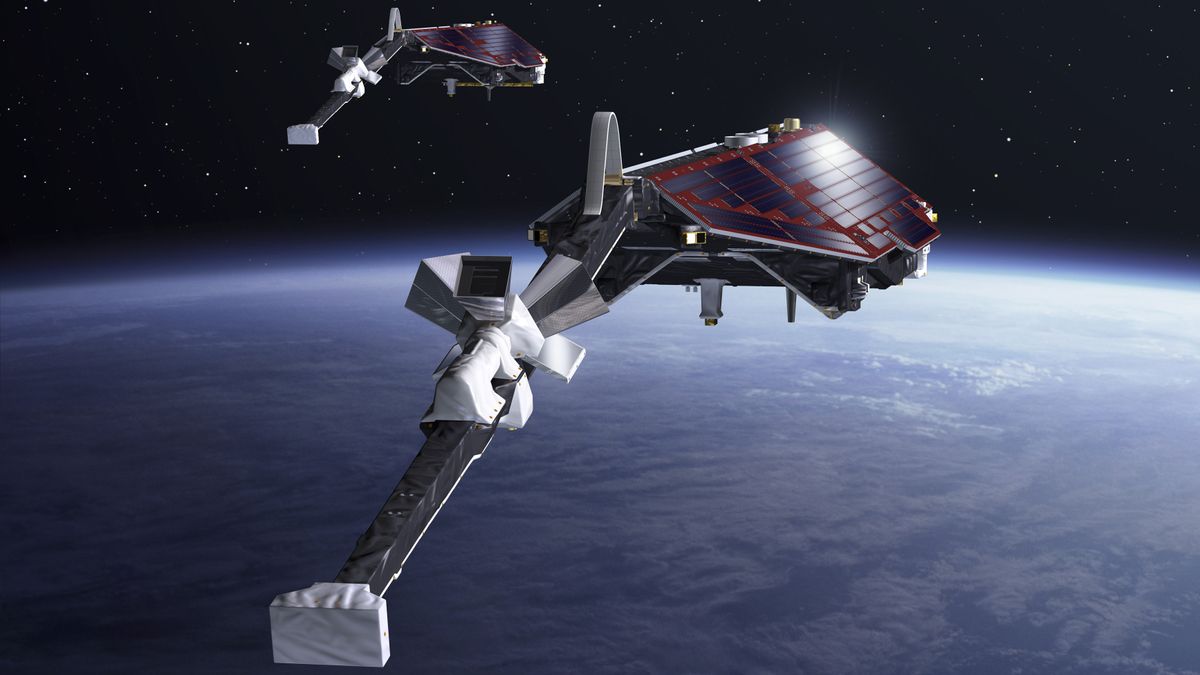 Wild solar weather is causing satellites to plummet from orbit. It's only going to get worse.

The change coincided with the onset of the new solar cycle, and experts think it might be the beginning of some difficult years.

In late 2021, operators of the European Space Agency's (ESA) Swarm constellation noticed something worrying: The satellites, which measure the magnetic field around Earth, started sinking toward the atmosphere at an unusually fast rate — up to 10 times faster than before. The change coincided with the onset of the new solar cycle, and experts think it might be the beginning of some difficult years for spacecraft orbiting our planet.

"In the last five, six years, the satellites were sinking about two and a half kilometers [1.5 miles] a year," Anja Stromme, ESA's Swarm mission manager, told Space.com. "But since December last year, they have been virtually diving. The sink rate between December and April has been 20 kilometers [12 miles] per year."

Satellites orbiting close to Earth always face the drag of the residual atmosphere, which gradually slows the spacecraft and eventually makes them fall back to the planet. (They usually don't survive this so-called re-entry and burn up in the atmosphere.) This atmospheric drag forces the International Space Station's controllers to perform regular "reboost" maneuvers to maintain the station's orbit of 250 miles (400 km) above Earth.