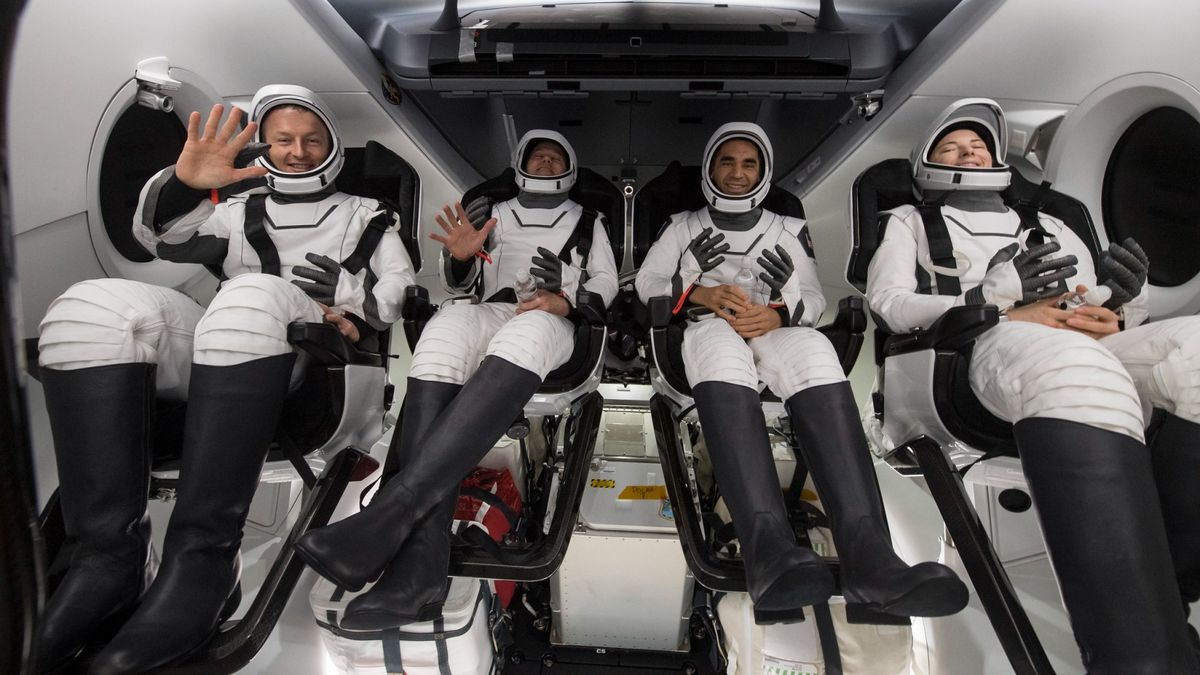 Crew-3 docked with the International Space Station (ISS) on Nov. 11, and the mission's four astronauts witnessed a rapidly changing space environment almost from the moment they arrived. For example, a Russian anti-satellite test on Nov. 16 created a cloud of debris that soon forced the astronauts to shelter in their SpaceX Dragon capsule Endurance as a precaution.

"Scared would be the wrong word" to describe how the crew felt in those minutes, Crew-3 pilot and veteran NASA astronaut Tom Marshburn told reporters during a livestreamed press conference Wednesday (May 11). He was speaking five days after his safe splashdown off the coast of Tampa, Florida, with fellow NASA astronauts Raja Chari and Kayla Barron and the European Space Agency's Matthias Maurer.

"I think 'acting with a purpose' — that's what we were doing," Marshburn said of the crew's activities during their "shelter in place" procedures. "But even from the very first call we got from the ground," he added, "it was pretty much like we trained. I was like, 'OK, here's the way you need to have this procedure.'"