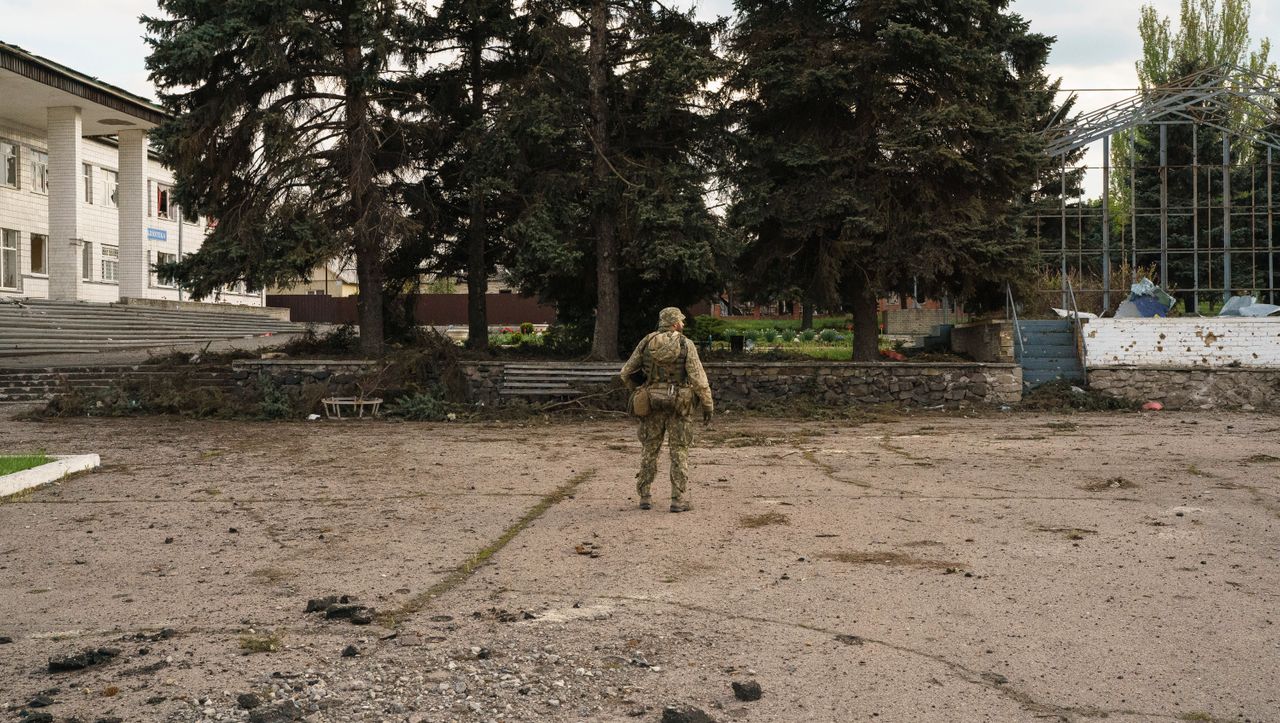 Captain Oleksandr Staryna takes his right hand off the gear stick and points ahead. A small town rises above the eastern Ukrainian steppe: two golden church towers, a few Soviet-era buildings, low houses. "There," says Staryna. "This is Marinka."

He steers the SUV, an old Lada Niva, to the entrance of the village, past a wrecked car lying in the ditch. Two pensioners had been trying to escape in the vehicle when a Russian shell struck.

Sergeant Mykola Davydenko is sitting next to the captain. He is clutching the barrel of an assault rifle in one hand, a domestically produced Vulkan. The two Ukrainian elite soldiers are driving to their position in the embattled town. As we continue along the route, the level of destruction increases. Shelling has demolished roofs, mangled bedrooms and torched cars.