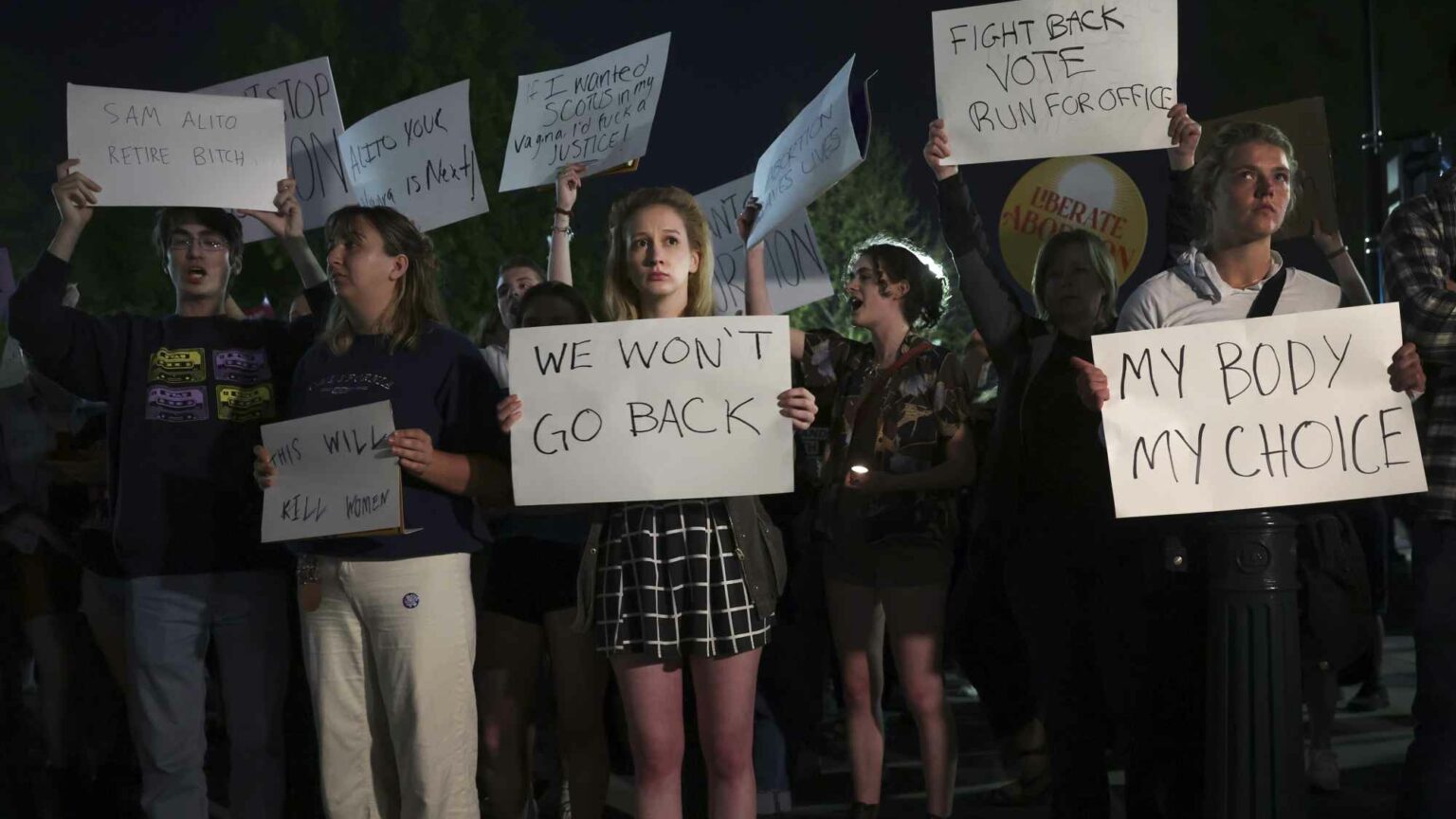 Why you should never protest outside someone’s home

I have felt a lot of anger towards politicians over the years. Whether it’s because they started wars I knew would be disastrous or because they spent their every waking hour trying to overturn the 17.4million votes for Brexit, sections of the political class have royally ticked me off. But it has never once crossed my mind to find out where an MP lives and to go round to their house and protest on the doorstep. However high my fury levels rise, I would never countenance looking these people up in the phone book so that I might interrupt their supper with shouts of ‘Shame!’ from the street outside. Someone’s home is their home, and you just don’t go there.

So I have been taken aback by the sight of pro-choice protesters in the US responding to the possible overturning of Roe v Wade by showing up outside the private homes of Supreme Court justices. There was a large gathering outside the home of Justice Samuel Alito in Alexandria, Virginia on Monday. He’s the author of the draft opinion on Roe v Wade that shocked the world when it was leaked last week. On Saturday, in Maryland, around 100 people marched from Justice Brett Kavanaugh’s home to Chief Justice John Roberts’ home a few streets away. They chanted ‘The whole world is watching!’. The whole world is watching these men’s family homes? Isn’t that creepy? There was a sense of threat, at least the threat of continuing to show up to the judges’ private residences until they do what the protesters want them to do. ‘Don’t like me at your house? Get out of my uterus’, placards declared.

That feeling of menace can be seen elsewhere in the reaction to the Roe v Wade leak. Suspected Antifa goons firebombed the offices of a pro-life charity in Wisconsin at the weekend. Daubed on the walls outside was the chilling slogan: ‘If abortions aren’t safe, then you aren’t either.’ There are plans for protests in Catholic churches. A group called Ruth Sent Us – after Ruth Bader Ginsburg – has demanded further protests outside the homes of the ‘Christian fundamentalist justices’ who oppose Roe v Wade. Ruth Sent Us posted a map online with pins showing where these ‘fundamentalists’ live. (The idea that RBG would support people bellowing outside the homes of judges they disagree with is fanciful in the extreme, of course.)