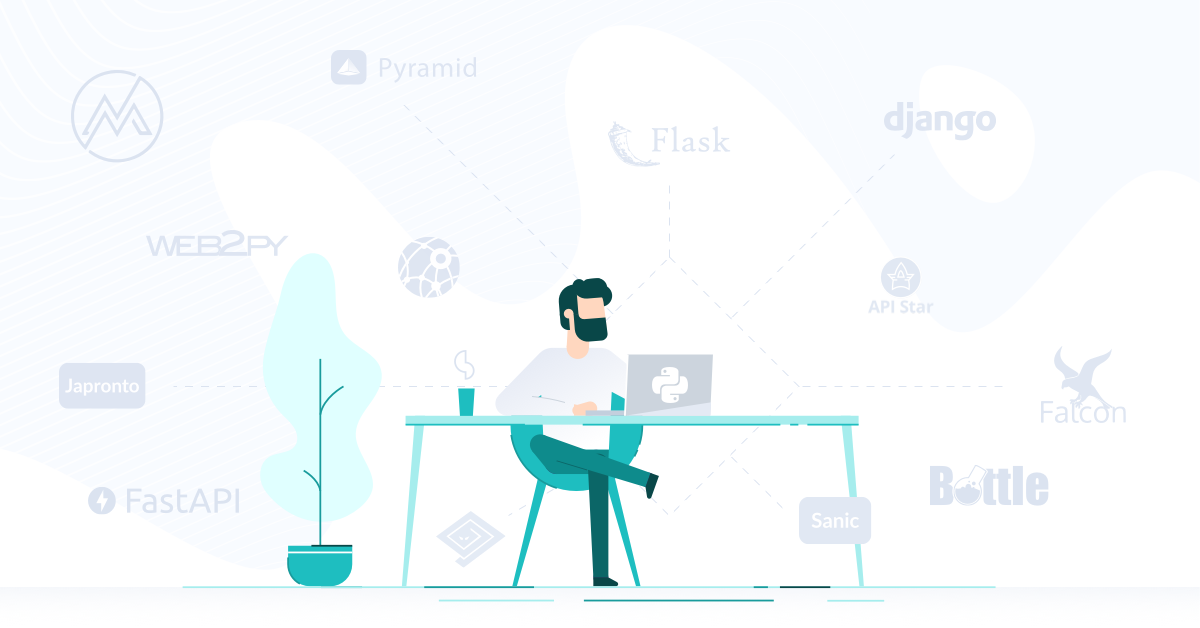 It doesn’t seem too daunting, right? You can code, after all, so it’s just a matter of grasping the differences in syntax.

With an idea, obviously, but that won’t be a problem. Surely you already have several great concepts safely locked away in the vault of your mind, just waiting for some of that precious spare time and attention.

In this article, we’re going to describe the best and most popular Python frameworks. It should be more than enough for you to pick the right one and get started.

Be warned, though, that this list is rather subjective. It came together mainly as a result of our collective experience of using the following frameworks in commercial projects.

In short, a web framework is  a package of generic functionalities that makes creating web apps easier for the developer.   It serves as a shortcut that removes the need to write unnecessary code by reusing existing solutions. As a result, it reduces the time your developers need to spend on writing code and makes their work more effective.