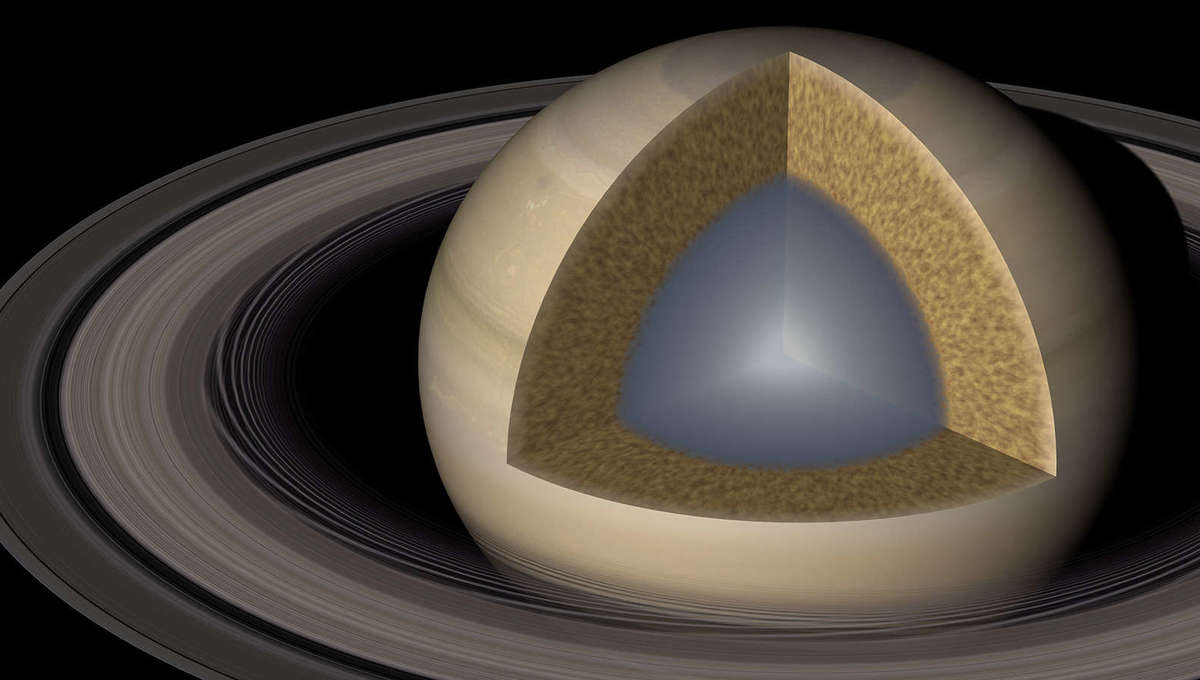 Saturn's rings are the most magnificent and exquisitely shaped structures in the solar system. And, it turns out, they make an excellent gravitational seismograph to determine what's going on inside the planet itself.

New work analyzing images of Saturn's rings show that waves in the rings are created by changing gravity from Saturn's core as it sloshes around inside the planet like a bag of jelly, and which is also far larger and structured differently than previously thought.

Previous models indicated Saturn's core was likely small and dense, but these new results show that it's likely huge and fuzzy, with no sharp boundary, and extends out to an incredible 60% of Saturn's radius — nearly 35,000 km, making it five times wider than the entire Earth. It has 17 times Earth's mass just in rock and ice, and something like 38 times Earth's mass in gas mixed in as well.

These surprising results come from a close examination of Saturn's rings. For example, gravitational interactions with the moons carve gaps in the rings, some large and easily visible from Earth, but most (thousands of them) so small they weren't observed until the Cassini spacecraft observed them during its 13-year-long mission orbiting Saturn.