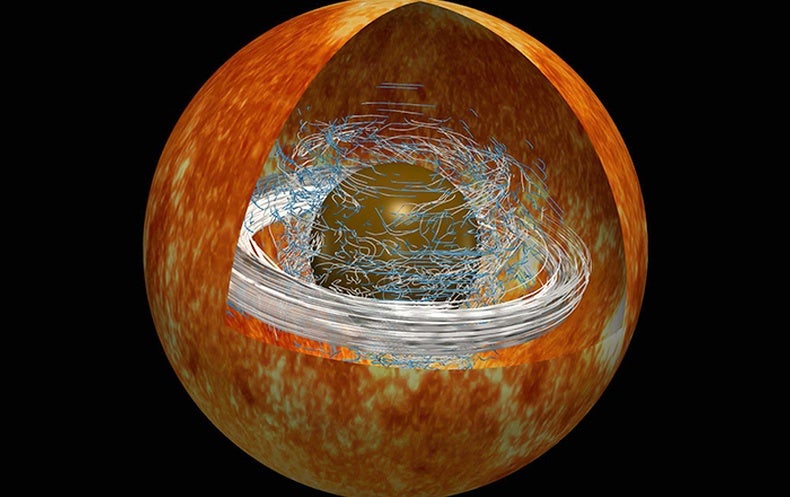 Scientists find that magnetic fields and turbulence amplify each other inside stars’ hidden layers, slowing down the stellar cores’ spin

When stars are born, their core contracts as they pack in mass. And when stars die, their core shrinks again as they burn off their fuel and begin to collapse into a white dwarf, a neutron star or even a black hole in a supernova explosion. In both cases, the diminishing core starts spinning faster, much like an ice skater does when pulling in their arms.

But observations of stars have revealed something odd: these shrinking stellar cores don’t speed up nearly as much as they should. For example, in a red giants—the kind of star our own sun will eventually become as it ages—the core completes a rotation over the course of up to tens of days, whereas physics would predict it should rotate completely within hours.

Something is slowing down these cores. But what? Now a new simulation reveals the likely culprit: magnetic fields sustained by the turbulence deep inside the regions of stars where the energy created by nuclear fusion is transmitted outward. These fields are shielded from view by stars’ exterior. “The mechanism we observe in our stimulation is very deeply buried inside the radiative region, so you wouldn’t see it from the outside,” says Florence Marcotte, a researcher at Côte d’Azur University in France.