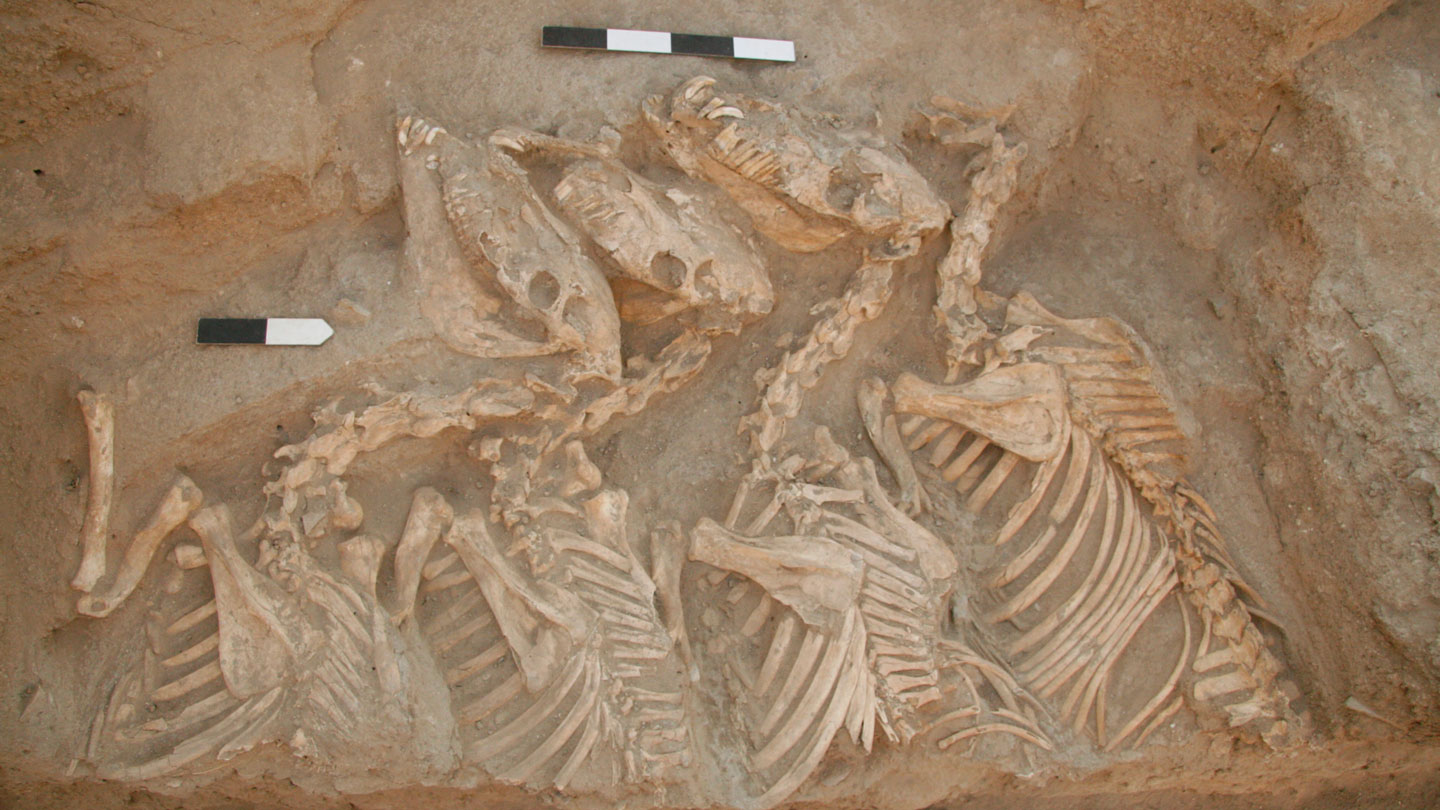 Genetic analysis pegged these ancient and mysterious equine skeletons as donkey-wild ass hybrids. They were excavated from the 4,500-year-old burial complex at Umm el-Marra in northern Syria.

Meet the kunga, the earliest known hybrid animal bred by people. The ancient equine from Syro-Mesopotamia existed around 4,500 years ago and was a cross between a donkey and a hemippe, a type of Asiatic wild ass, researchers report January 14 in Science Advances.

Horses didn’t appear in this region of Asia until 4,000 years ago, centuries after their domestication in Russia (SN: 10/20/21). But dozens of equine skeletons were excavated in the early 2000s from a royal burial complex dating back to 2600 B.C. at Umm el-Marra in northern Syria. The animals, whose physical features didn’t match any known equine species, appear to be “kungas” — horselike animals seen in artwork and referenced in clay tablets predating horses by centuries.

Geigl and her colleagues analyzed a kunga’s genome, or genetic instruction book, and compared it with those of horses, donkeys and Asiatic wild asses, including the hemippe (Equus hemionus hemippus), which has been extinct since 1929. The kunga’s mother was a donkey and its father a hemippe, making it the oldest evidence of humans creating hybrid animals. A mule from 1000 B.C. in Anatolia reported by the same research group in 2020 is the next oldest hybrid.