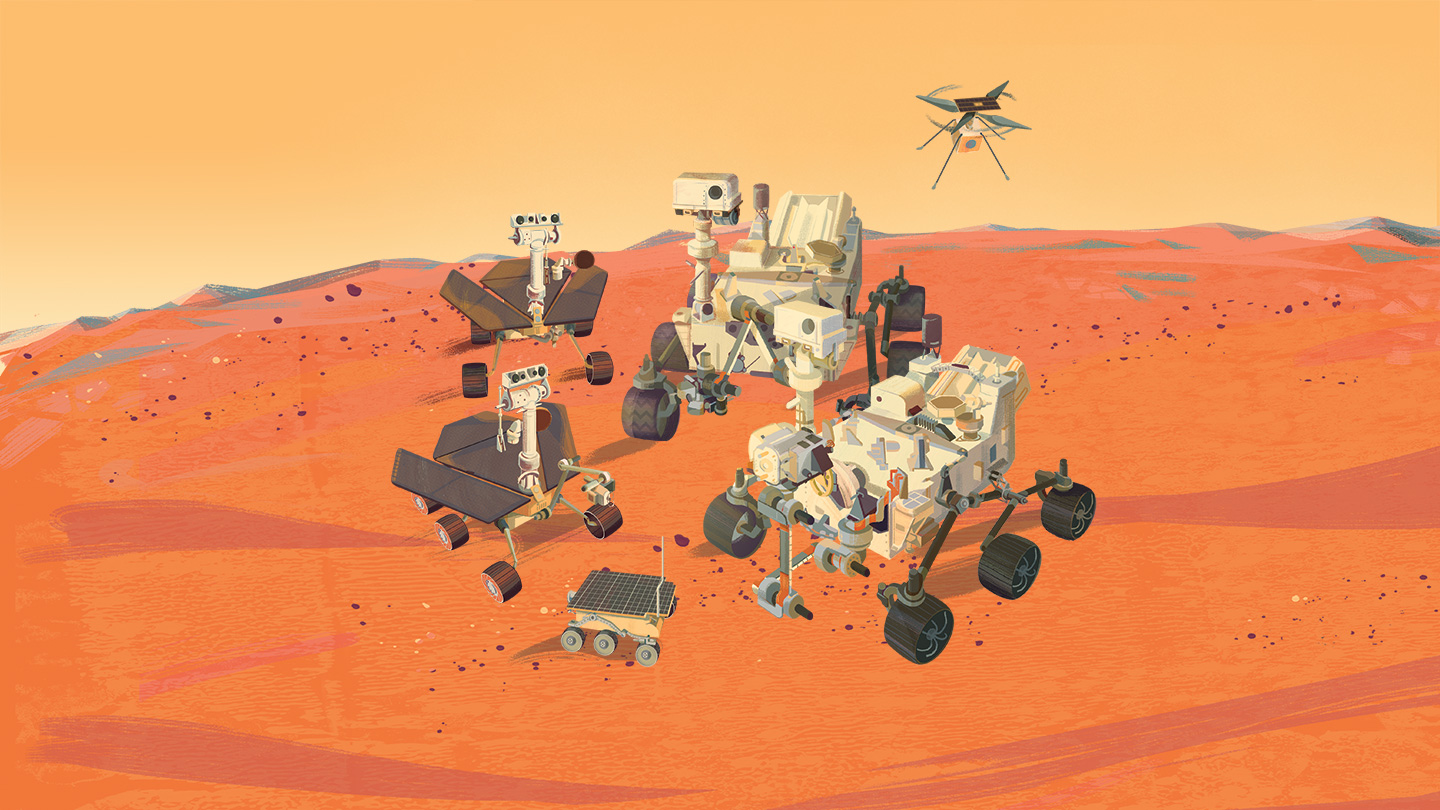 Few things are harder than hurling a robot into space — and sticking the landing. On the morning of July 4, 1997, mission controllers at the Jet Propulsion Laboratory in Pasadena, Calif., were hoping to beat the odds and land a spacecraft successfully on the Red Planet.

Twenty-five years ago that little robot, a six-wheeled rover named Sojourner, made it — becoming the first in a string of rovers built and operated by NASA to explore Mars. Four more NASA rovers, each more capable and complex than the last, have surveyed the Red Planet. The one named Curiosity marked its 10th year of cruising around on August 5. Another, named Perseverance, is busy collecting rocks that future robots are supposed to retrieve and bring back to Earth. China recently got into the Mars exploring game, landing its own rover, Zhurong, last year.

Other Mars spacecraft have done amazing science from a standstill, such as the twin Viking landers in the 1970s that were the first to photograph the Martian surface up close and the InSight probe that has been listening for Marsquakes shaking the planet’s innards (SN Online: 2/24/20). But the ability to rove turns a robot into an interplanetary field geologist, able to explore the landscape and piece together clues to its history. Mobility, says Kirsten Siebach, a planetary scientist at Rice University in Houston, “makes it a journey of discovery.”