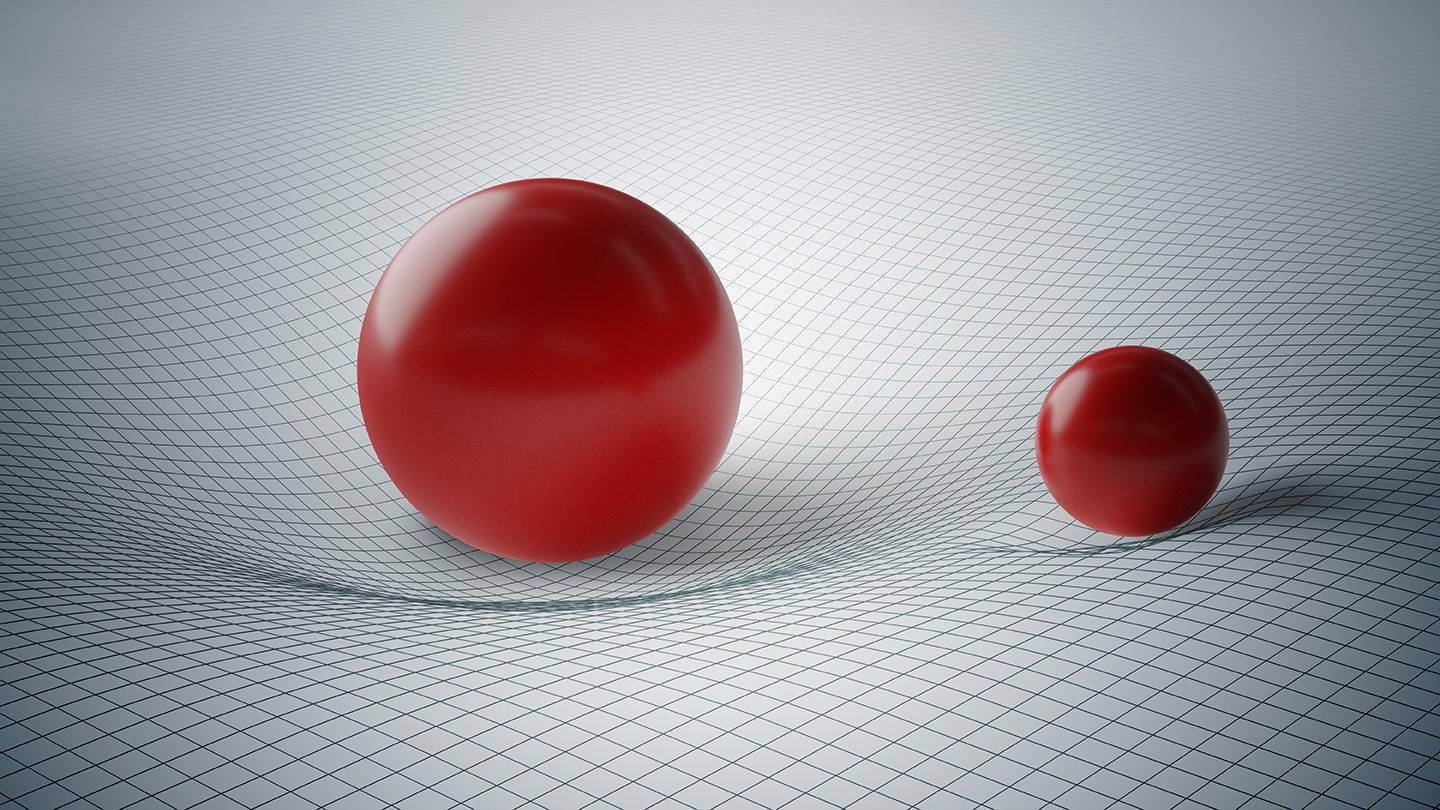 According to the general theory of relativity, gravity results from massive objects warping spacetime (illustrated). A quantum effect reveals that subatomic particles can feel the influence of this warping even if they aren’t subject to gravitational forces.

If you’re superstitious, a black cat in your path is bad luck, even if you keep your distance. Likewise, in quantum physics, particles can feel the influence of magnetic fields that they never come into direct contact with. Now scientists have shown that this eerie quantum effect holds not just for magnetic fields, but for gravity too — and it’s no superstition.

Usually, to feel the influence of a magnetic field, a particle would have to pass through it. But in 1959, physicists Yakir Aharonov and David Bohm predicted that, in a specific scenario, the conventional wisdom would fail. A magnetic field contained within a cylindrical region can affect particles — electrons, in their example — that never enter the cylinder. In this scenario, the electrons don’t have well-defined locations, but are in “superpositions,” quantum states described by the odds of a particle materializing in two different places. Each fractured particle simultaneously takes two different paths around the magnetic cylinder. Despite never touching the electrons, and hence exerting no force on them, the magnetic field shifts the pattern of where particles are found at the end of this journey, as various experiments have confirmed (SN: 3/1/86).

In the new experiment, the same uncanny physics is at play for gravitational fields, physicists report in the Jan. 14 Science. “Every time I look at this experiment, I’m like, ‘It’s amazing that nature is that way,’” says physicist Mark Kasevich of Stanford University.