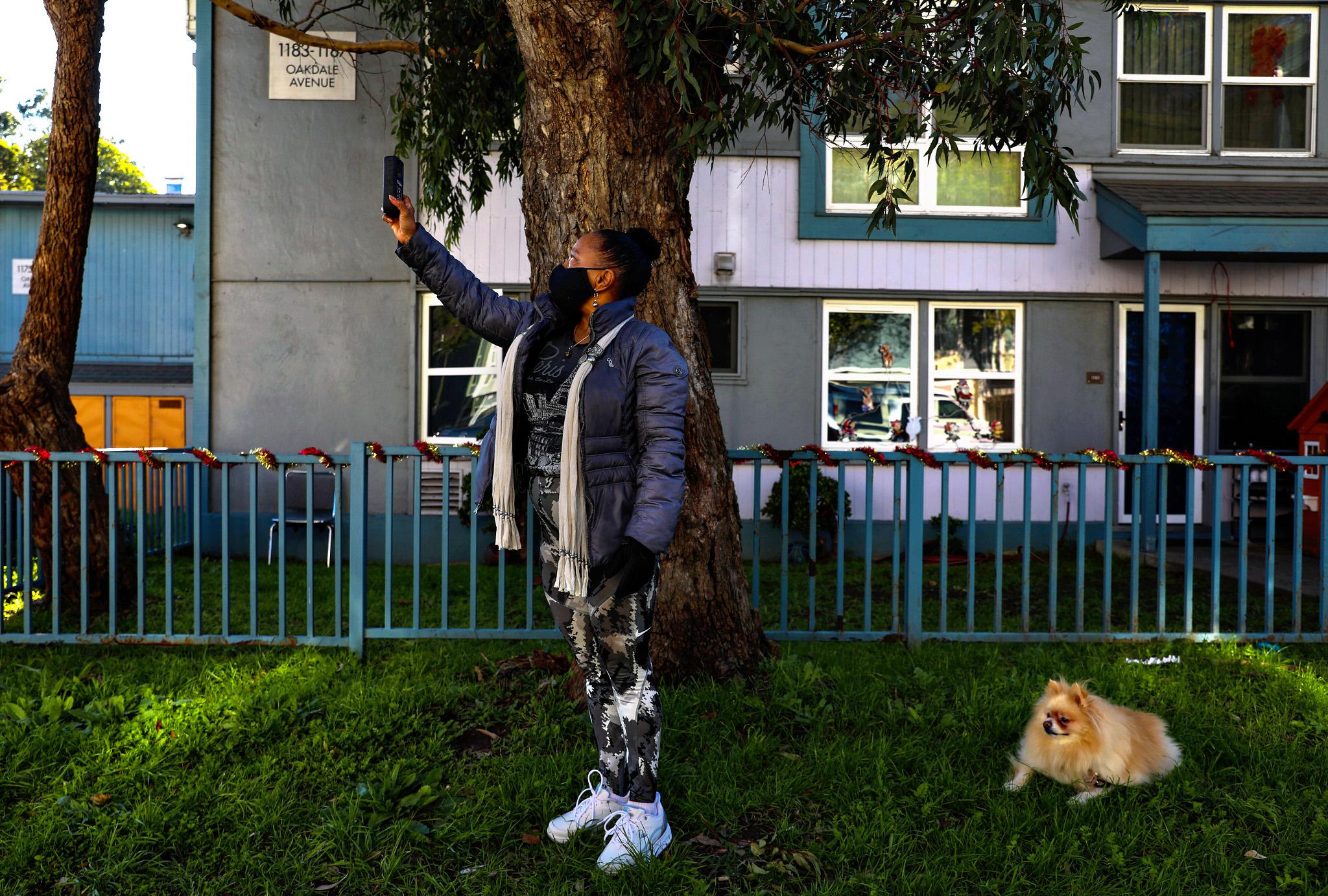 Bayview resident Kamillah Ealom (right) talks with Geletti Golson (center) as she organizes the Bayview Hunters Point Mothers and Fathers Committee during an outreach session in the parking lot at Super Save Supermarket along Third Street. Ealom is joined by colleagues Dominic Roper (second from left) and Tiffany Williams (left), an air monitor technician. Ealom manages a community air-monitoring program for environmental group Greenaction and says shipyard safety assurances are undercut by discoveries like a radioactive dial found near new condos in 2018.

Color-coded maps of the nearby Hunters Point Naval Shipyard are the key to her investigation into the lives and deaths of people like her dad, George Donald Porter. The former longshoreman died of lung disease in 1992. His death, his family alleged in a lawsuit that was later settled, stemmed from exposure to asbestos at the old shipyard.