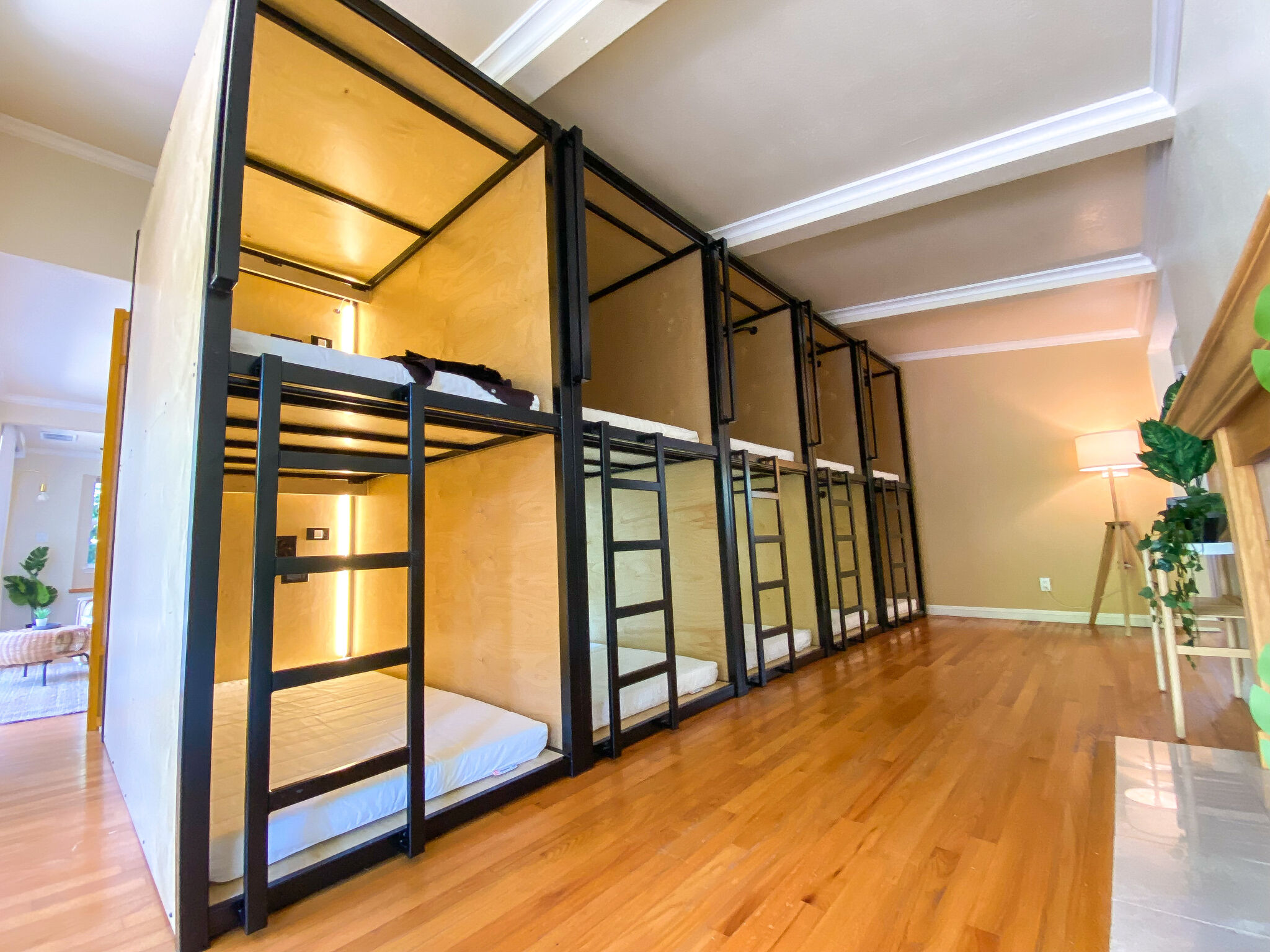 Eight-month-old startup Brownstone Shared Housing has come under the spotlight this week after an Insider profile on the company revealed what it looks like inside the Palo Alto home with 14 tenants each living in a "pod."

While the $800-a-month rent may seem steep for a stacked bunk bed pod, the average rental rate for a studio apartment near Stanford University, where the pod-home sits, is currently around $2,400.

Co-founder Christina Lennox has lived in a pod herself for the past year. "The wood kind of allows for relaxation, rather than like going inside of this futuristic-looking plastic object," Lennox told Insider. "It has, like, definitely a different feel — I would say that it's more calming and soothing for people."

The tiny housing was widely shared and critiqued on Reddit last week, with one heavily upvoted comment in the r/Antiwork subreddit stating: "This used to be a major criticism of the abuses in the housing crisis in China. Now it’s being lauded as good here in the US?"

"We plan to open more houses in the Bay Area in the near future," CEO James Stallworth told SFGATE over email. "There’s a lot of need for housing in the Bay Area, and we’ve had a lot of interested residents and landlords reach out to us."