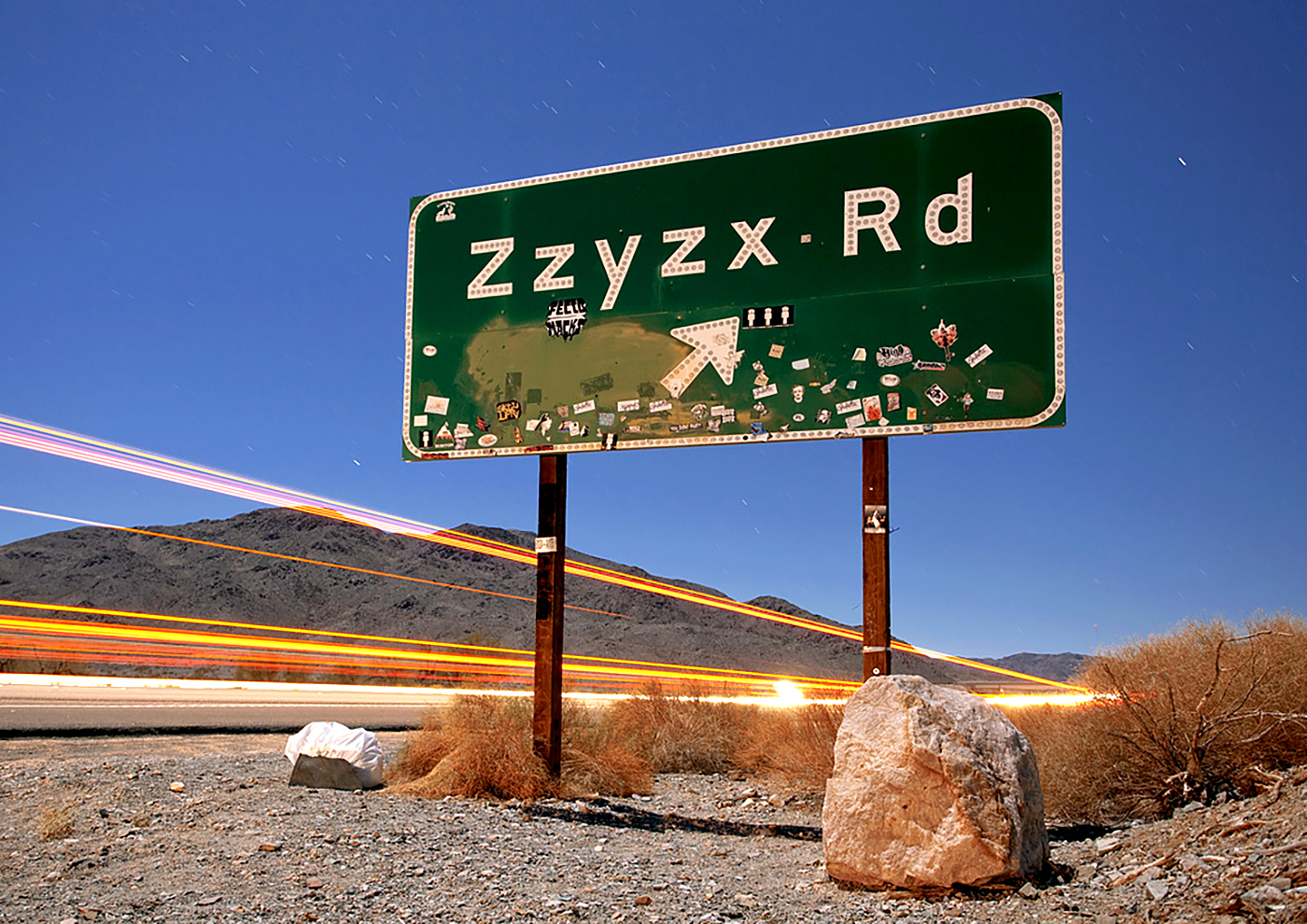 A trip down the most mysterious road in California, Zzyzx Road

A crucifix-shaped swimming pool crumbles in the desert sun. Alongside it, five decrepit concrete baths once filled with the promise of cleansing sins. Warm mineral water, tapped from what was said to be a holy underground river, drew desperate salvation searchers to this remote California wasteland. Today, part of the pool sinks into the banks of the ancient lakebed upon which this strange settlement was built.

This place was once the 12,000-acre dream of notorious huckster and “super squatter” Curtis Springer. Springer claimed to be a doctor, a minister, a professor and a miner — but turned out to be none of those things. Eventually, his wrongs caught up with him, forcing him to leave his tiny stolen empire in these desolate reaches of California.

This strange history, the two horror movies shot here and the place’s bizarre name first drew me to the Zzyzx Road turnoff on Interstate 15, around an hour east of Barstow. But notorious fraudster and creepy swimming pool aside, I discovered that the site at the end of the 4-mile track is a natural phenomenon unique unto itself. A true oasis in the desert.