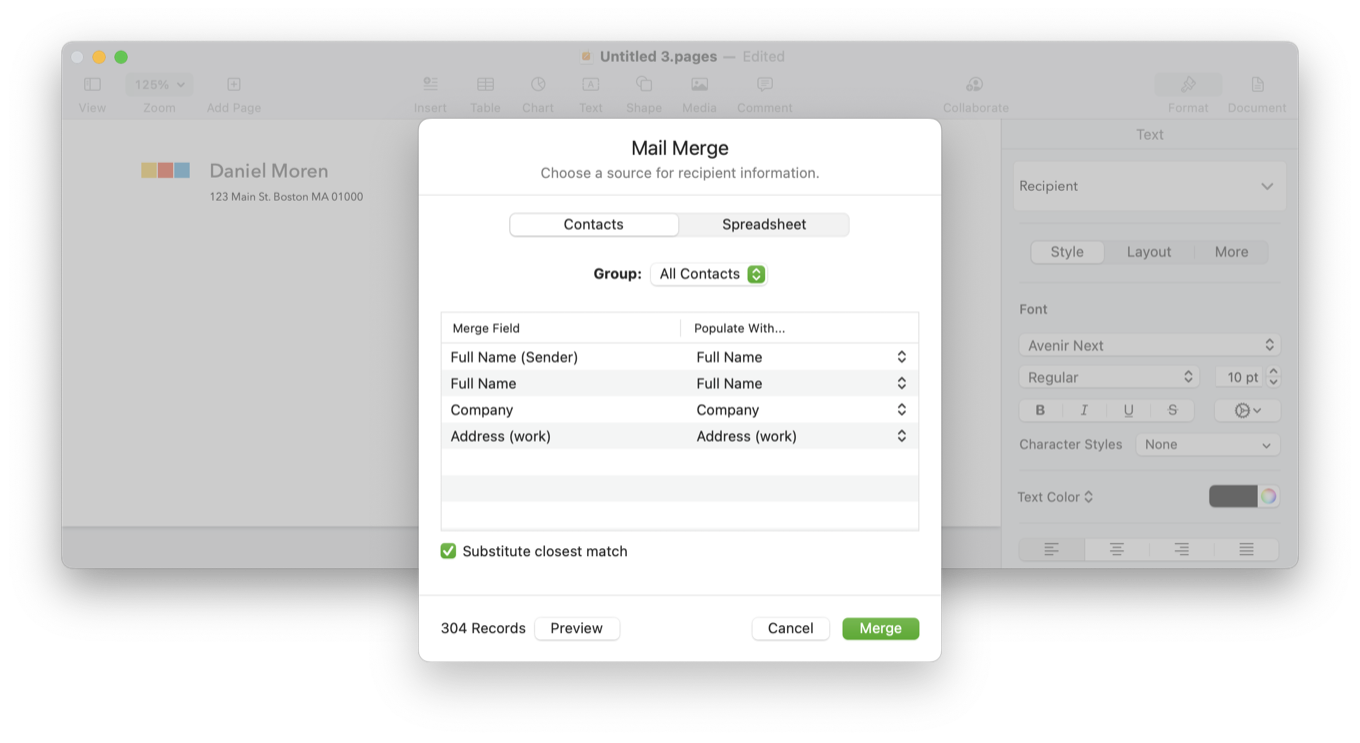 After almost a decade, I guess it’s time to pack in my posters, stickers, and Tim Cook and Craig Federighi phone call scripts for the “Bring Mail Merge back to Pages!” campaign1 and declare victory. Because, yes, Mail Merge has returned to Pages.

The feature was originally included in Apple’s word processing software, but got the axe in 2013’s version 5.0, when Apple redesigned its iWork suite to give even footing across the iOS, iPadOS, and macOS platforms. In the interim, Mail Merge remained possible only via workarounds like Sal Soghoian’s Pages Data Merge app.

Version 12.1, released today, brings a brand new implementation, however, which lets you populate a template document either from your contacts or a spreadsheet. On the Mac, just create a template with the File > New command or open an existing one, and then choose File > Mail Merge to step through the process. (The feature’s also available for the first time in the iOS and iPadOS versions of Pages, under the three dots menu: tap Mail Merge to start the process.)

This is hugely useful for anybody who not only needs to print and send out large amounts of mail (such as envelopes or even holiday cards), but also anybody creating large numbers of customized documents. It’s been one of the missing features most often pointed out when comparing to other word processors, like Microsoft Word.