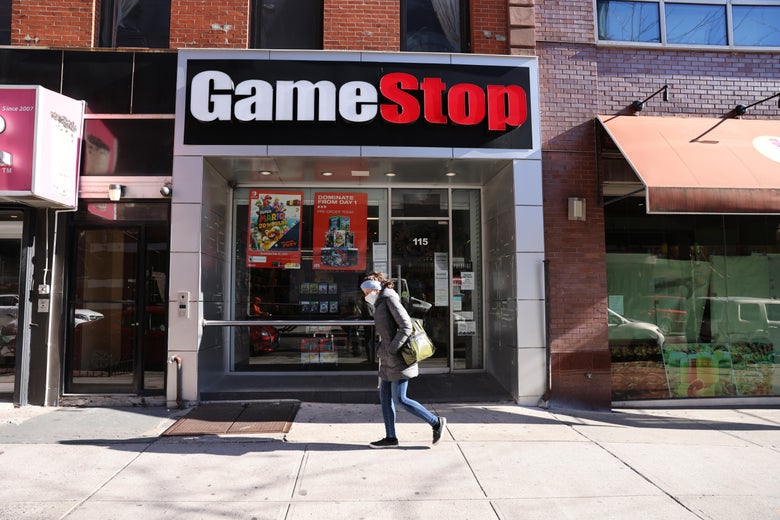 The Stock Market Is Still Weird From GameStop

A few weeks into 2021, the share price of a flagging brick-and-mortar video game chain exploded, creating the wildest stock market story in years. In the end, the GameStop saga wasn’t quite the David-and-Goliath yarn some remember it as—one in which an army of Reddit-posting populists put a short squeeze on some greedy hedge funds—but that was indeed how it started, and the Redditors’ coordinated actions helped push what had been a $5 stock as high as $483. Then the price cratered (sorry, Diamond Hands Reddit), and then it rose again (congrats, Diamond Hands Reddit), and it’s now found a new normal between $150 and $300 that has held for the past half-year. Movie theater chain AMC’s stock got a similar treatment around the same time, going from around $3 to $20 and then soaring briefly into the $70 range in early June. (For now, it’s around $30, a tenfold increase from January.) We’ve got meme stocks and meme coins, but unlike most “memes,” these don’t feel ephemeral at all.

The story has been a lot to digest for anyone who previously thought stock market moves came down to cold, hard business fundamentals, as well as anyone who looked at storefront video game stores and movie theaters and thought, “Damn, these do not seem like businesses that are ideally suited to survive a pandemic in an increasingly digital world.” Meme-stock mania was similarly vexing for people who have spent their whole professional lives working in the financial industry or researching it from their perches in academia. In January, I asked a handful for their impressions of what was happening, and they responded with a mix of bewilderment at these market movements, acknowledgment that those moves had understandable roots, and skepticism that the meme stocks would turn into durable advantages for the involved companies. These experts also gave their reasons for why all of that could be wrong and these securities could soar anyway.