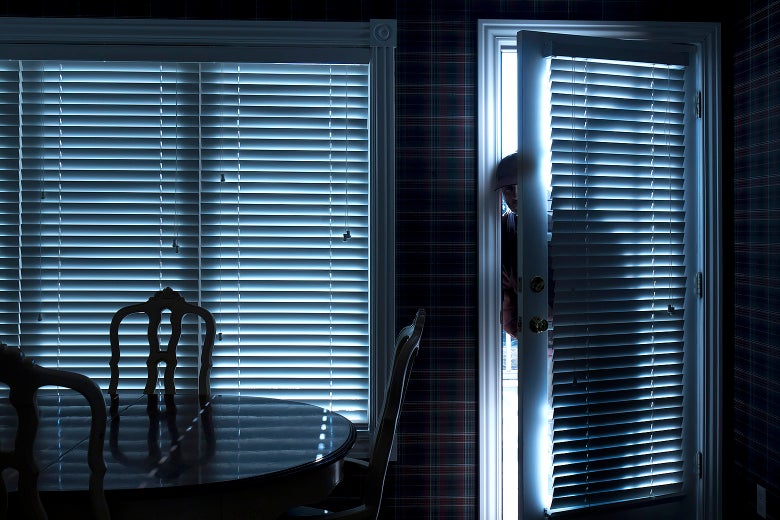 I Caught Two Men Stealing From My Home. The Aftermath Was Absurd—and All Too Typical.

Typically, guys wearing power-company vests don’t leave the houses they’re working on laden down with backpacks—let alone power tools, a scooter, and a Nintendo Switch. But that was the scene I happened upon at 6:30 p.m. on a Tuesday in mid-April when I puttered into my driveway in Eugene, Oregon, my 7-year-old ensconced in the back seat.

For a second, my brain tried to normalize the incident: This is just my daughter’s dad stopping by—except there are two of him, and they’re dressed as electricians for some reason? Then, a second later, everything whooshed into place: Oh, wait, I’m being robbed. Or, rather, I was being burgled. I would get reminded of this distinction later, when I made the dubious choice to join the chorus of aggrieved buttinskies on Nextdoor, where my well-meaning post to warn the neighborhood would turn me into an accidental vigilante hero for a day.

Unfortunately, it’s true: My reaction to this burgle was the lived-out fantasy of many who have been on the business end of a property crime. As the two goons took off on foot down my street, I went into fight-or-flight mode—and I chose fight.