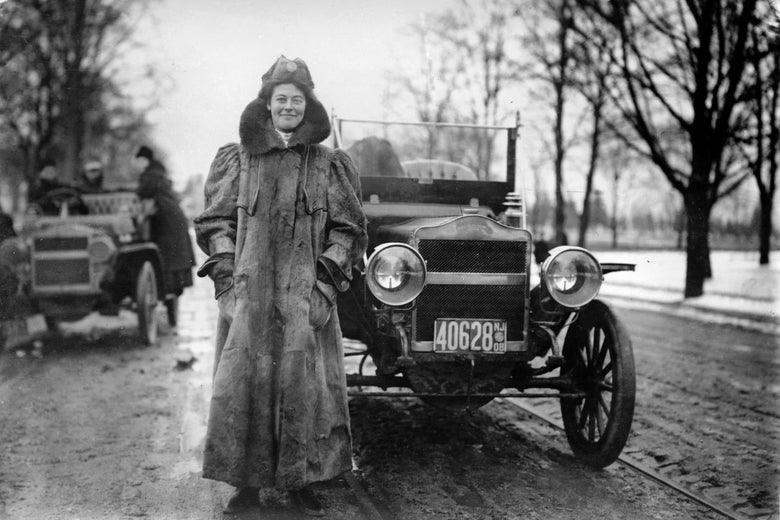 The Golden Age of the Electric Vehicle

Slate has relationships with various online retailers. If you buy something through our links, Slate may earn an affiliate commission. We update links when possible, but note that deals can expire and all prices are subject to change. All prices were up to date at the time of publication.

Excerpted from A Brief History of Motion: From the Wheel, to the Car, to What Comes Next. Used with the permission of the publisher, Bloomsbury. Copyright © 2021 by Tom Standage.

Much of the early enthusiasm for the automobile stemmed from its promise to solve the problems associated with horse-drawn vehicles, including noise, traffic congestion, and accidents. The fact that cars failed on each of these counts was tolerated because they offered so many other benefits, including eliminating the pollution—most notably, horse manure—that had dogged urban thoroughfares for centuries.

But in doing away with one set of environmental problems, cars introduced a whole set of new ones. The pollutants they emit are harder to see than horse manure but are no less problematic. These include particulate matter, such as the soot in vehicle exhaust, which can penetrate deep into the lungs; volatile organic compounds that irritate the respiratory system and have been linked to several kinds of cancer; nitrogen oxides, carbon monoxide, and sulfur dioxide; and greenhouse gases, primarily carbon dioxide, that contribute to climate change. Cars, trucks, and buses collectively produce about one-fifth of global carbon dioxide emissions. Reliance on fossil fuels such as gasoline and diesel has also had far-reaching geopolitical ramifications, as much of the world became dependent on oil from the Middle East during the 20th century.