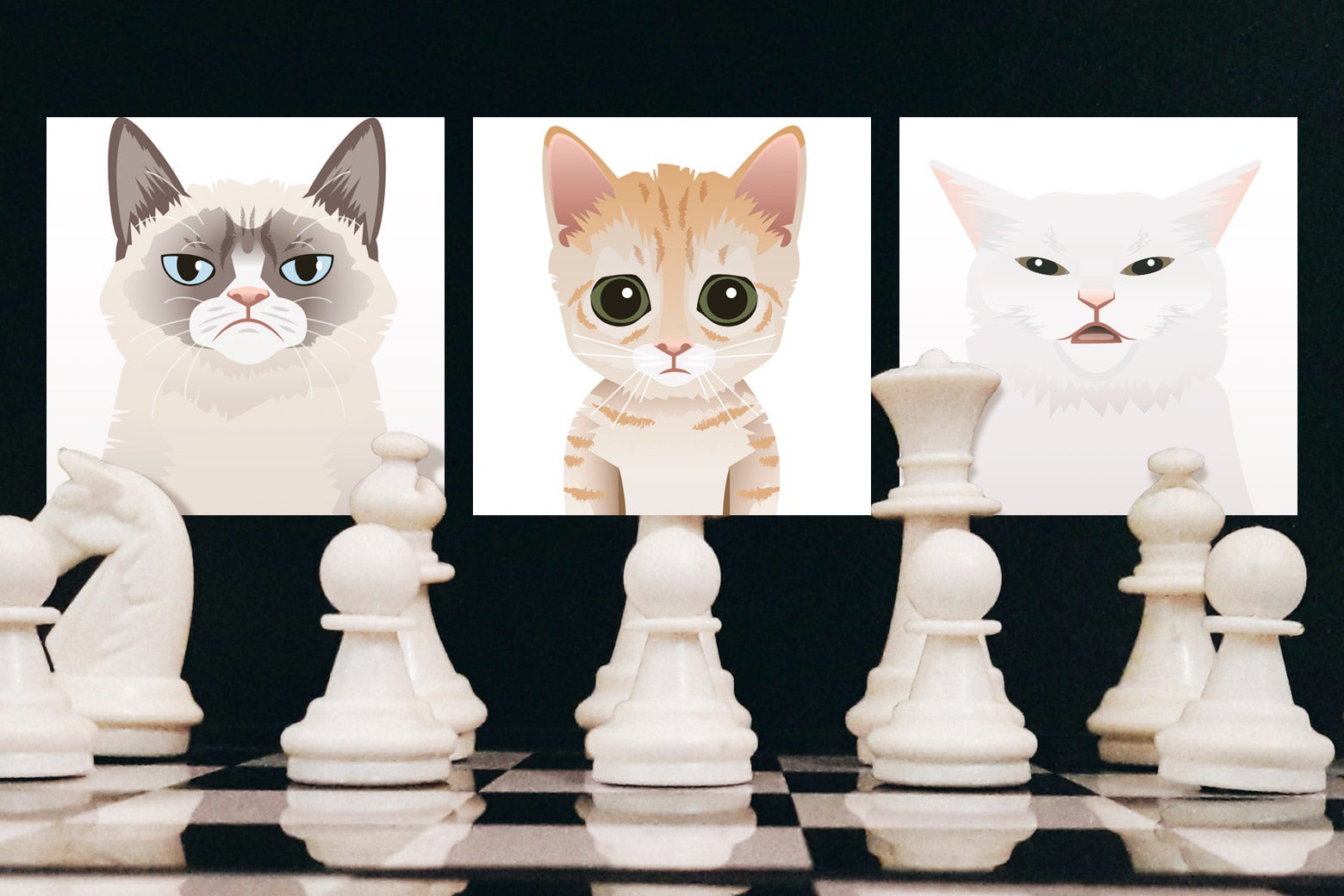 Not too long ago, chess-playing computers—the supervillain of many a human grandmaster—were as intimidating physically as they were virtually: bulky, sturdy, sleek, jet-black monoliths in miniature, programmed to crush chess hotshots instead of spurring evolution. Such megaminds, imposing as they were, were also christened with futuristic-sounding names: Mac Hack, Cray Blitz, Deep Blue.

Having won the war against the human mind, these coding wonders are now a ubiquitous, and mostly embraced, part of today’s chess industry. All of which is to preview the latest virtual robot to confound the greatest minds of our time and throw the entire chess world into pandemonium: a 1-point-ranked kitten named Mittens.

That’s right, folks. Decades of wondrous progress and technological development have brought us from MANIAC to Mittens. The new digital scourge of grandmasters everywhere—and boon for Chess.com’s metrics—is just one part of an ongoing tradition for the wildly popular Chess.com app: a monthly rollout of custom, automated, well-skilled chess-playing bots that any user can take on, however unsuccessfully.

Online bots have been a key part of Chess.com, with easy programs for training and instruction as well as bots meant to play in the styles of chess celebrities. But the crazy-making viral fame of Mittens is something else. Despite its purported near-bottom ranking, that kitten is the most difficult opponent of the January slot, which includes a beginners’ bot called Scaredy Cat, relatively easy level-ups with Angry Cat and Mr. Grumpers, and a Garry Kasparov play-alike known as Catspurrov.