In honor of International Apostrophe Day, August 16, we’re going to talk about apostrophes in science fiction and fantasy names. Why do authors think apostrophes make characters seem exotic? Who started it? And why do some people find it annoying?

Apostrophes in science fiction and fantasy names are often attributed to Anne McCaffrey, whose popular Dragonriders of Pern series included character names such as F’lar. Dragonflight, the first book in the series was published in 1968, but appeared in short story form in Analog science fiction magazine in late 1967. Although McCaffrey may have been extraordinarily influential in popularizing this use of the apostrophe, I did find a few earlier examples:

Only a month before McCaffrey’s first short story came out, Star Trek aired an episode with Vulcan women named T’Pau and T’Pring. Dune, which was published two years earlier, in 1965, included the name Muad’Dib, which applies to both a creature and a constellation; and in 1955, Detective Comics had a character whose first and last name had an apostrophe: J’onn J’onnz, who was also known as Martian Manhunter and was a member of the fictional Justice League of America.

Even though McCaffrey wasn’t the first author to use apostrophes to give her characters an exotic feel, the popularity of her books did seem to boost the idea. A few years later, in 1969, Roger Zelazny (another popular author who probably helped solidify the trend) wrote about a race of people called the Pei’ans and a place called D’donori. 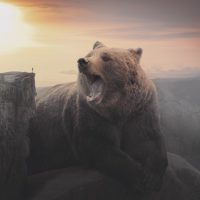