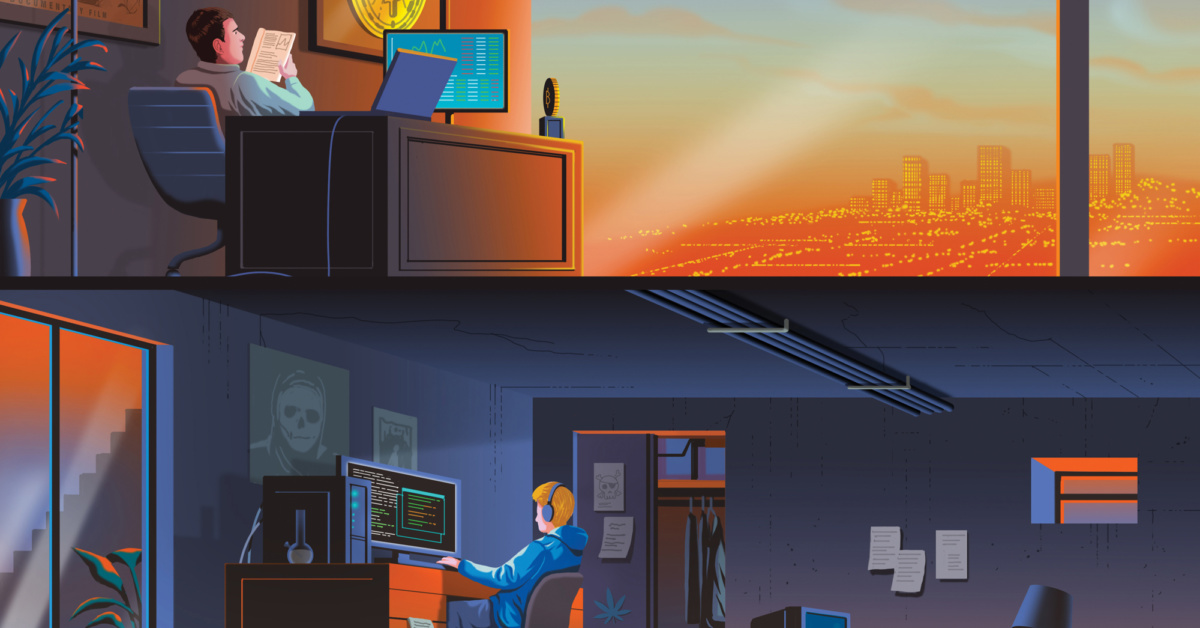 The Case of the Missing $46 Million

One minute, Josh Jones had a fortune. The next, it was gone. Three months later, the FBI had a suspect: a ­­reclusive Fortnite-playing hacker kid from the GTA. The untold story of a historic crypto heist

J osh Jones had short brown hair, a dimpled smile and lots of money. He was a natural-born entrepreneur, the kind of guy who knew how to seize an opportunity at precisely the right moment. In 1996, before the internet blew up, he and three of his computer science classmates at Harvey Mudd College in Los Angeles County founded a company called DreamHost that operated servers and hosted websites. He also invested in Netflix before streaming took off. But he’s perhaps best known as an early adopter of cryptocurrency. In 2012, Jones bought more than $250,000 worth of bitcoin. At the time, the value of a single coin was less than $15. Before long, it hit $1,000, and his investment was briefly worth more than $15 million. Over the next two years, he stepped away from DreamHost, sold his shares and fully leaped into the lucrative if volatile world of crypto.

Back then, bitcoin was still relatively obscure, a niche obsession of tech enthusiasts and libertarians. The community of people who knew what cryptocurrencies were—and understood how they worked—was insular, and their infrastructure was crude. Roughly 70 per cent of all trades happened on a single exchange, a Japanese platform called Mt. Gox that was originally designed as an online market for trading collectible cards from the popular game Magic: The Gathering. As a bitcoin exchange, it was plagued with problems. In early February 2014, Mt. Gox announced that it had discovered “unusual activity” and halted withdrawals. Users could deposit and trade coins, but they couldn’t get their money out.