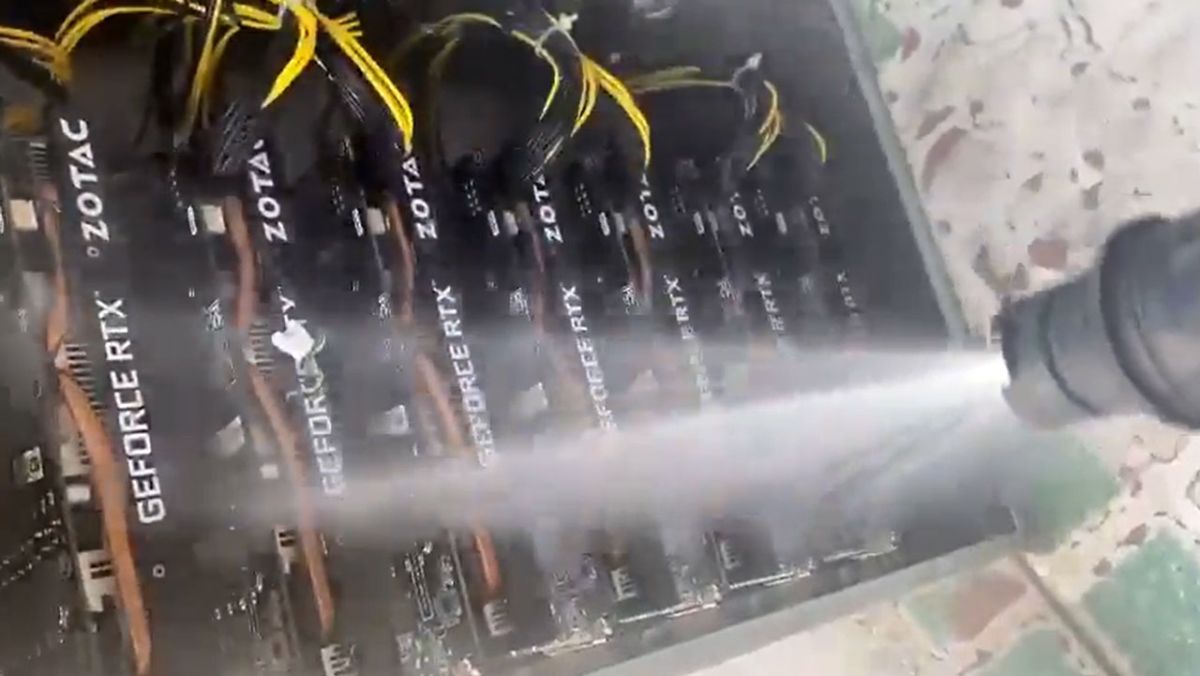 The Ethereum blockchain changeover from Proof of Work to Proof of Stake, commonly referred to as the Merge, effectively meant crypto coin mining with consumer graphics cards was no longer profitable. While gamers looked forward to cheaper new and used GPUs becoming the norm, according to a series of videos posted to Twitter by I_Leak_VN, GPU crypto miners in Vietnam appear to be jet washing gear their old mining kit before putting the components up for sale on eBay or local equivalents.

Some Vietnamese miners have cleaned up their old graphics cards after ETH merge by bathing them with extremely high risk. It's really their cleaning season while waiting for the next GPU-minable 3rd coin. (1/3) pic.twitter.com/qnUMWxpyctSeptember 23, 2022

In the video above it is somewhat startling to see what is purportedly a Vietnamese GPU miner casually jet washing several racks packed with powerful GPUs. Twitter’s I_Leak_VN shared a collection of these intriguing videos today. Alongside the videos came repeated warnings about buying used graphics cards.

The powerful jets from this kind of cleaning system can easily cause potential physical damage (who'd miss a random surface mount resistor?) or water ingress into places it might not easily evaporate from. Also, thermal paste or lubricating grease may possibly be removed too, so watch those fans.