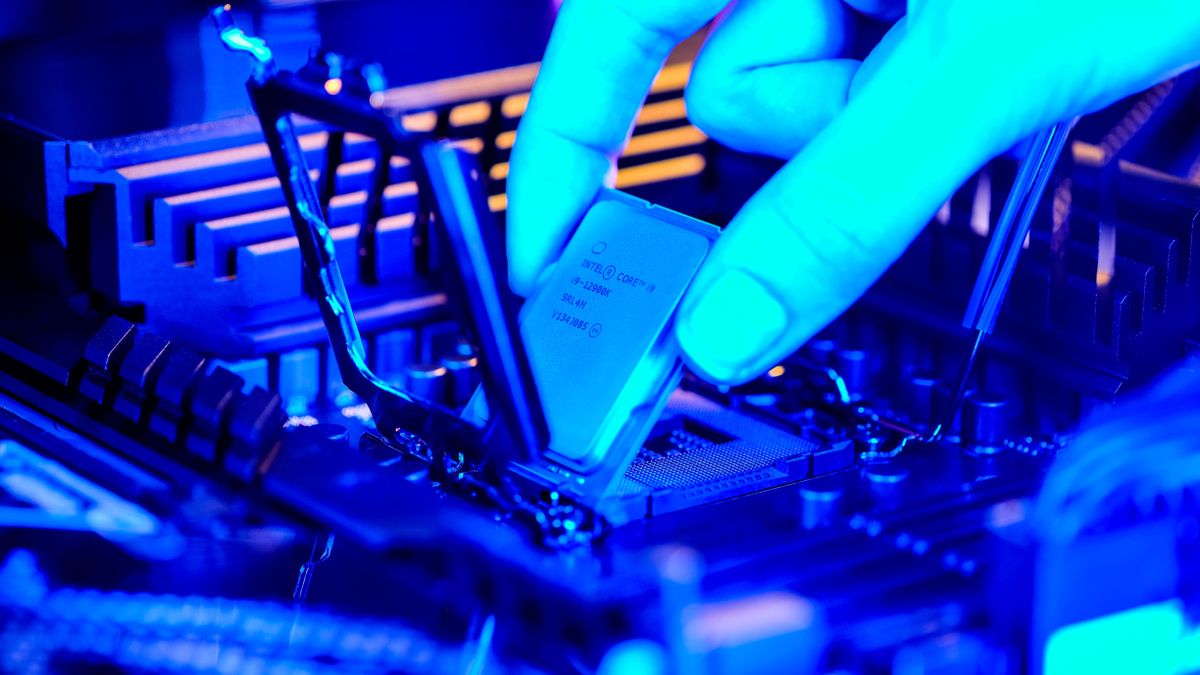 In a new experiment, German publication Igor's Lab explored different methods for improving the operating temperatures on Intel's 12th Generation Alder Lake processors. Thanks to the outlet's efforts, we now have a way to drop temperatures by as much as 5 degrees Celsius.

The transition from the LGA1200 socket to the LGA1700 socket saw a 42% increase in pin count, resulting in a more extended socket. Consequently, Alder Lake chips are larger and more rectangular than Rocket Lake, which is smaller and has a more squared shape. The problem falls on the Independent Loading Mechanism (ILM). The ILM still latches to Alder Lake processors at the same pressure points as Rocket Lake. The result is that the mechanism pushes down on the processor in the center, causing it to sit lower than on the edges. It's the reason why Alder Lake's integrated heat spreader (IHS) eventually takes a concave shape after several hours of operation.

In contrast, Igor's Lab exhibited an Alder Lake processor that has seen several hundreds of hours of operation. You can see that the processor presents a concave form at the top and a convex shape at the bottom. In other words, the processor looks slightly bent along the points where the ILM exerts the pressure.