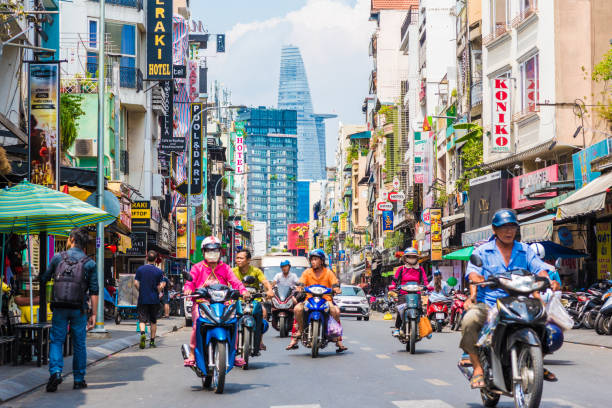 Today, we’re talking about a TV project that I started working on 10 years ago. It’s finally coming to fruition and is called Early Risers.

PS. I’ve received a lot of requests for details on my research and writing process, so I decided to create a course. I’ll send a short announcement email on Monday. I appreciate you readers (and, yes, there will be memes in that email too).

It refers to a project that takes an unreasonably long time to get made, if it ever gets made at all (software engineers and game developers know this phrase well).

While living in Vietnam from 2008-2012, I co-wrote and sold a comedy film script to Fox (I also ate a comical amount of pho during this period).

The movie never got made. However, as a side project, I’ve spent the past few years working on a TV show about expat life in Ho Chi Minh City during the time I wrote that script.

“Vincent Ngo, top screenwriter [Hancock] and Hollywood script doctor, has set up a comedy series called Early Risers in his native Vietnam. Talent behemoth, Creative Artists Agency (CAA)…is handling licensing of the series’ distribution rights. The show, about the lives of American and European expats living and working in Saigon, is set to begin filming under the direction of Zach Merck.”