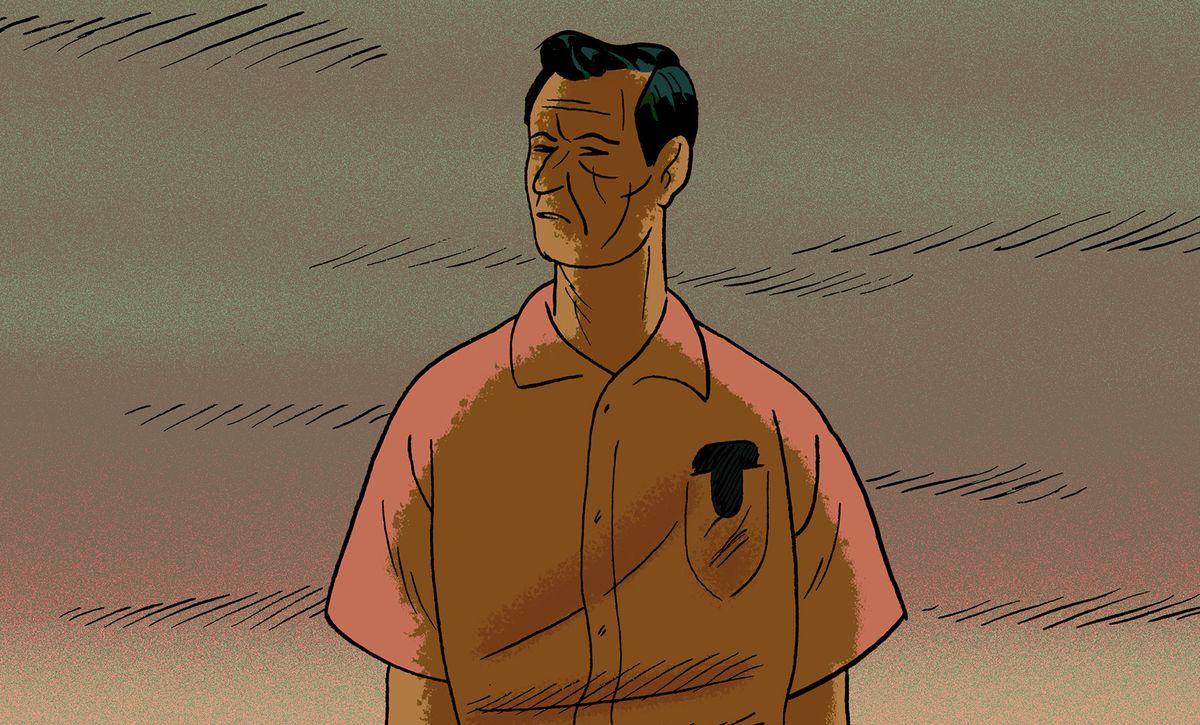 The German and His Temple

North of Jerusalem rises the hill called Ba’al Hatzor, the highest in the West Bank, named for the old Canaanite god worshiped at peaks like this with human sacrifice, and mentioned in the Bible as the scene of a royal fratricide. When I was there late one afternoon, walking between an old cistern and a few twisted oaks, the hilltop felt stark and unsettled, though that might just have been because of everything I knew. The place kept its secrets. It was hard to match the landscape to the sketch made by the forensics team. There was no trace of the German or his temple.

I first heard of Erich Gunther Deutecom from a family friend in Nahariya, the northern town where my parents live. This town was founded by German Jews, and in the early 1960s, the war barely over, it was a place full of people with terrible stories that were alluded to in whispers if there were children around. Many residents had part of their minds shaken loose by what they’d seen, so Deutecom wasn’t unique in that way. And there was nothing strange about the fact he spoke German: Almost everyone in the town knew German, even if they’d sworn never to speak it again. He was unique because he was the other kind of German.

You can explain Israel with the kind of stories that people are used to, narratives about politics, leaders, or wars. But if you spend enough time here, you meet characters driven by forces that rationalists find it hard to take seriously or even to grasp—forces like the voice of God, for example, as detailed in Scripture if you just know where to look; or the propulsive force of violence perpetrated in different times and places, and the lessons it seemed to teach; or urgent schemes for cosmic repair. The country can’t be understood without people like Deutecom. I spent months trying to unravel his story, one whose ambiguities gestured mutely to the black hole that Germany created at the center of the 20th century, to the aftershocks of that event in this country, and to the chances that humans can ever fix what’s broken.