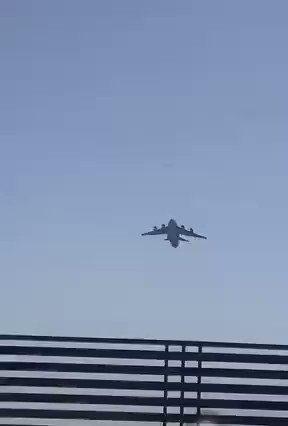 #BREAKING: Shocking scene from #Kabul Airport. Several Afghans who had grabbed landing gear of a #USAF's C-17A transport aircraft to flee from #Afghanistan dropped from air as the airplane took off! This is why #USArmy wants to keep them away from the C-17As!pic.twitter.com/b9zh7tGTWY

This video well show how two or three Afghan civilians were seating on the landing gear bay of a #USAF's C-17A trying to flee from #Afghanistan under rule of #Taliban. They fell to the ground once the airplane with 02-1109 serial number took-off from #Kabul airport!pic.twitter.com/v5mVcgKzlu